I was late getting out for my traditional 1st Jan Walk with the family. Delayed by my daughter not getting up till late, then again by her wanting lunch first. Of course then she decided to stay at home with her mum and the dog anyway (bloomin’ kids). The dog has a few days still before he can go for proper walks, and then won’t be allowed to walk far.

It was after 1pm when I eventually did get out.

Heavy rain in the morning had left huge puddles, and I expected some flood waters so donned my wellies, waterproof trousers & waterproof coat, and headed out.

I decided to check out the Ouse by the old Mill buildings first, see how deep the water was running, and extend my walk a little. Well I have 1500 miles to walk for CALM this year. Standing on the small wooden bridge over the fast flowing, thick brown waters of the Ouse my thoughts on the flooding seemed to be correct.

While the waters haven’t breached their banks again (last weeks flooding having subsided again), they were at a tipping point, and slight dip in the bank and the waters would be flooding over onto the fields.

I followed the path of the Ouse as its flow rushed through the valley, not keeping pace, but watching as large chunks of detritus sped by. My journey to the Floodplain Forest flanked all the way.

Wandering through the Nature Reserve, again the waters were high, but fortunately not as high as my last visit, when the paths were impassible. The extra water turning the smaller pools into one large lake. Not always ideal for birds. The second focus of my walk.

Well with it being the first of Jan all birds seen are new to the year, and go towards my patchwork challenge.

As I wandered the Floodplain small packets of birds could be seen in random areas. Little springs of Teal, huddled close to the banks; groups of Shoveler, mingling with Lapwing on some of the remaining small islands; great groups of Canada Geese arguing over the scraps; flocks of Black headed and Common Gull, mixed with the odd Herring, Lesser, & Greater Black Backed Gull.

Overhead winter thrushes, Redwing & Fieldfare, flew through; as growing murmurations of Starling swirled around. Jackdaw, Carrion Crow, and Rook flew about harrying smaller birds for their food. Mallard flapped endlessly trying to shake off the cold. Tufted duck and Coot dipped and dived across the waters.

The bird life was good, but not numerous or always easy to see.

The bird species numbers were building, but nothing spectacular had been seen so far. But as I walked passed the Millennium bridge a strange call caught my attention. Searching the scrub beside me I spotted a small brown finch with an enticing flash of bright red on its forehead. A stood and watched (and photographed) as beautiful  Lesser Redpoll (cheers for the correction Simon) as it fed on the seed heads.

After watching for a few minutes, some fellow New Years Day walkers passed and the bird flew off into the thicker scrub, so I too moved on. But not far as no sooner had I started to walk when another bird hopped up onto the tall grasses. This time a female Stonechat. This would mark at least the third winter stonechats have been seen in this area.

Buoyed by the excitement I continued my 1st Jan walk, back along the Great Ouse. As I approached the aqueduct, an egret appeared in the skies through the thick copse of trees. Something struck me as odd. It looked too large for a little egret (seen earlier in the day). and as soon as it turned slightly the large pale bill and long neck revealed it to be a Great White Egret.

These once extremely rare birds, now breed in the UK like their smaller cousin. And are seeming to be more common locally as well. We have one that is seen very occasionally through the winter, all over MK (along the River Ouse). So I assume this is that bird returning.

I now made my way home, the sun was beginning to drop very low in the sky, and my New Years day walking was coming to an end. As I neared the Aqueduct I was surprised by just how stunning it looked. Back lit and in silhouette almost.

You can see the image below, I hope you’ll agree?

Making my way through the cattle creep it too was lit in a different way to how I usually see it. Again it made for an interesting image. Well I think, you can judge?

I was also able to make take an interesting comparison image from my previous walk in the floods (well I think it is interesting). Again you can see the two images below.

Let me know in the comments what you thought of these set of photos. I’d be interested to know.

The rest of my walk would have been over quickly, except I decided to stop. I opted to instead of get warm at home, wait in the low temperatures for the sun to go down a little more.

You see as I arrived at the old church the sun was starting to spread fiery tentacles across the sky. The lighter clouds beginning to get a pink tint. A half hour wait in the dropping temperatures and the sky was starting to really glow.

My hands were starting to turn blue however so I left the setting sun behind and headed home. I’d walked 4.3 miles for my CALM walking, and added 52 species of birds to my Patchwork Challenge. All in all a good day. 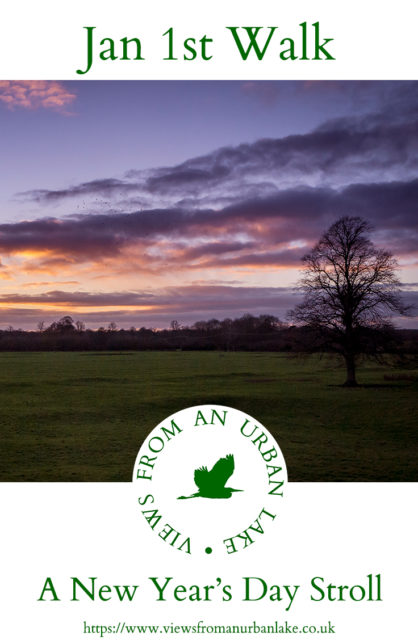 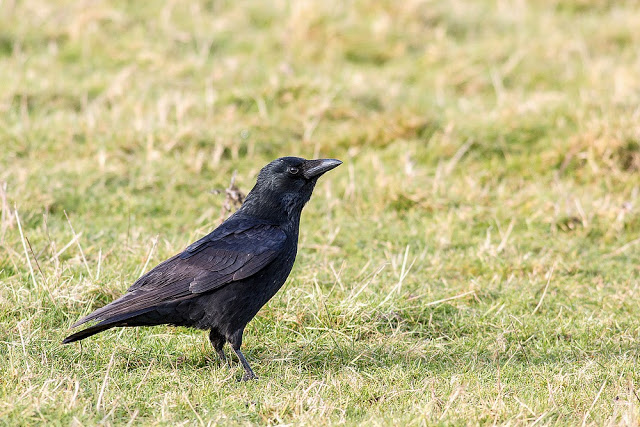 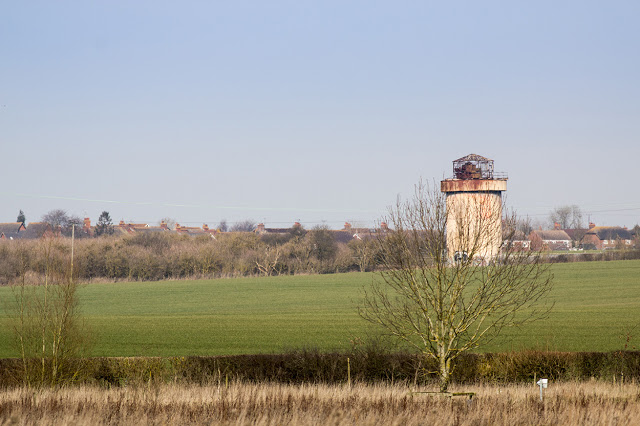 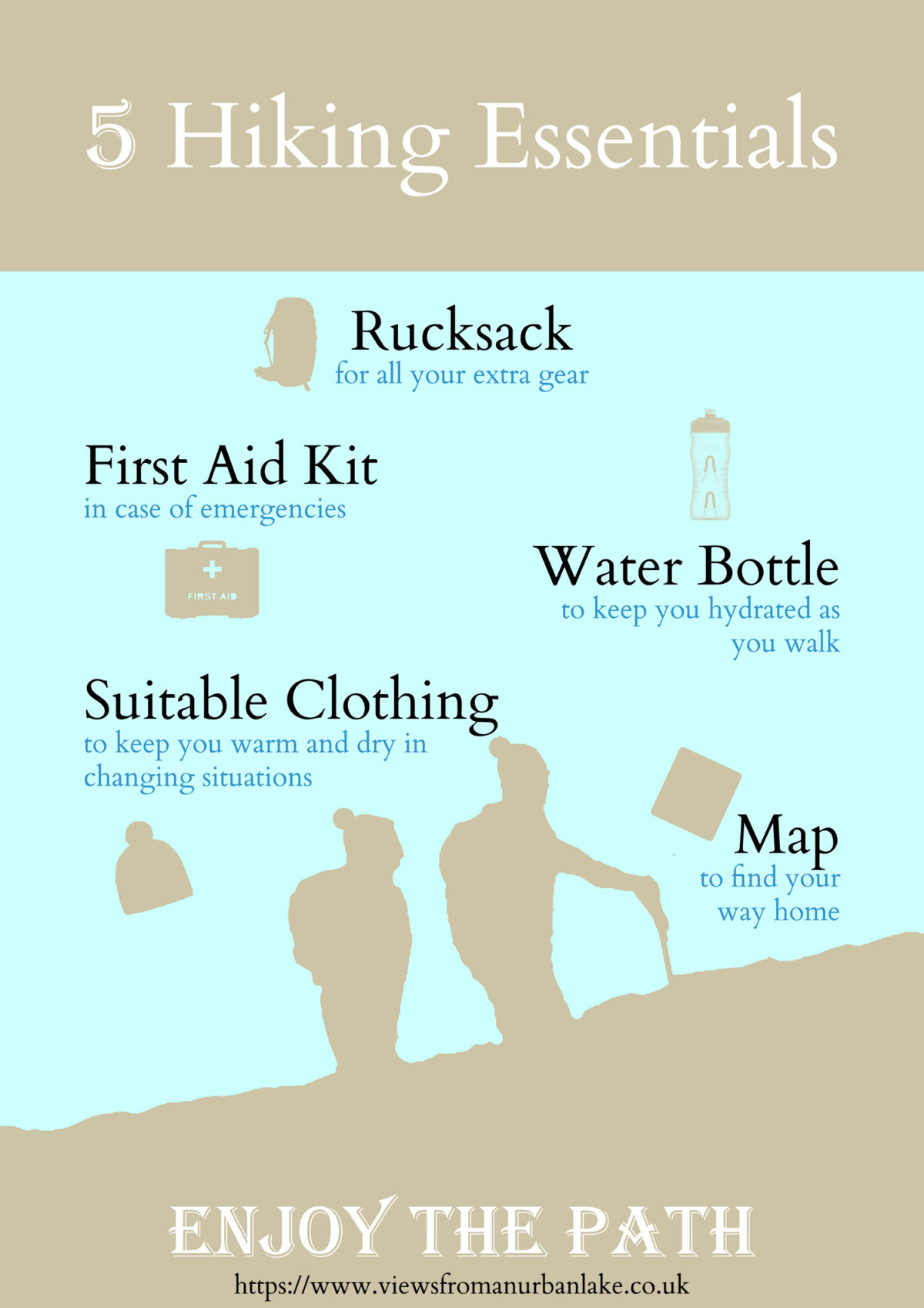