For the last two days the rains have fallen from the heavens in near biblical proportions, breaks in the downpour have been few and far between as weeks worth of rain has splashed down across much of the UK but especially my home town of Milton Keynes. Today, the weather has brightened somewhat and the skies have, if not cleared, lightened. Today, after the rains, I ventured out onto the patch for the first walk in over a week, since my Stonechat encounter.

High clouds were allowing the autumn sun to shine through in patches, casting a misty light over the waters of the Grand Union Canal as I made my way to the swollen river Ouse. The thick brown waters of the usually lazy river were running at pace down stream, coloured like strong white coffee, the waters swept high along the banks, collecting long grasses and thick branches, but without having burst through yet. The area below the aqueduct, usually slow moving with wide grassy sides was deep under water.

I ponderously wandered down stream, following the rivers course as it swept past the campsite lakes, and under my feet into the Floodplain Forest Nature Reserve, having pulled a muscle in my lower back yesterday evening in a mad dash to the bus, my pace was slow and thoughtful. As I neared the gateway into the nature reserve a male Goosander flew through, low over the surrounding bushes the winter visitor powered through onto the reserve and vanished out of sight, I presume onto the stilt pits.

The flooded waters of the reserve held hundreds of Mallard, perhaps brought down river by the floodwaters of the river, or more likely gathering in numbers for protection over the colder months, sheltered in the reserve bays more than the exposed waters of the river of canal. As I walked the sodden edges small groups took to the air in flashes of wings and alarmed quacks of excitement, disturbed from their muddy waters by my close proximity.

The first noticeable blockage caused by the high waters came at one of the low lying bridges near to the aqueduct hide, the decurved design meant the middle section was now under ankle deep waters, luckily I was able to skirt along the edge of the bridge where the raised side rail allowed me to stay dry, although it was a precarious and somewhat bizarre looking feat, camera in hand as I was.

Entering the aqueduct hide, instead of the usual scrub and muddy grass, was a sheet of deep water, leading all the way across the reserve, broken only by the raised island areas.The skies began to darken a little as I gazed out across the rippling water, but unperturbed more Mallards could be found, the males dipping their shining green heads in display to their duller female companions.

I have to say I am a huge fan of the flooded reserve. The birds may not be as exciting as say in spring or autumn; and the likelihood of something rare turning up is diminished. But staring out across seemingly endless masses of flood water, holds a special quality. While around you the loud quacking of mallards, reverberates around the river valley, the mournful whistling and piping of Wigeon and Teal, as they lament the loss of summer, and forage their way through the harsher weather of winter. Overhead chacking calls of Fieldfare as they move in ever increasing flocks, searching for the next berry laden bush.

It is a wonderful, and peaceful time of year.

Leaving the relative comfort of the hide behind I ventured out into the days chill once more and began to wander the rubberised path, walking the back brook path, Fieldfare and Redwing repeatedly flew off in flurries of whistles and chacks as the scrambled to get away from my approach, not yet desperate enough for food to ignore my presence. Deep withing the bushes small parties of Reed Bunting could occasionally be found, the flash of white on their outer tail feathers the first sign.

From the Farm hide, the view was once again an appealing vision of deep water, from hide to island bank, Pochard, Teal, Shoveler, Wigeon and Mute Swan joined the mallard flocks here, with the occasional tufted duck diving up and down in desperate search of mollusc feasts.

As I headed further along the path I reached the first impassable waters of the season, a couple of attempts to continue met with water quickly up to me boot laces, and ended with retreat, I must remember to don my wellies next time I head out after rain of this magnitude, Heading back to the Farm hide I stopped for a chat with a fellow regular, as we scanned the cattle fields below the farm buildings in search of stonechats, unsuccessfully.

While watching and waiting overhead, Meadow Pipits and Grey Wagtails flew in amongst small flights of duck and geese. A Red Kite slowly drifted across the reserves waters before heading up over the hills towards Old Wolverton. A larger flock of Lapwing flew through, searching for any semblance of mud to put down on.

As my walk began to conclude, the ache in my back now becoming more persistent the sun once again attempted to break through the clouds, the light its presence offered created some very appealing scenes as I continued on home.

Did you enjoy After The Rains? Or find it useful? The please share with your friends, via the links below. 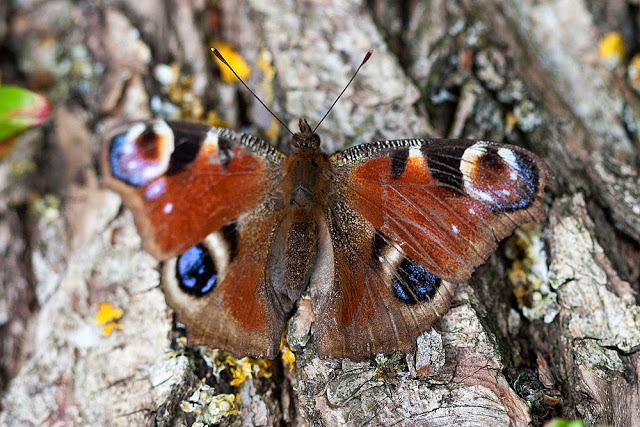 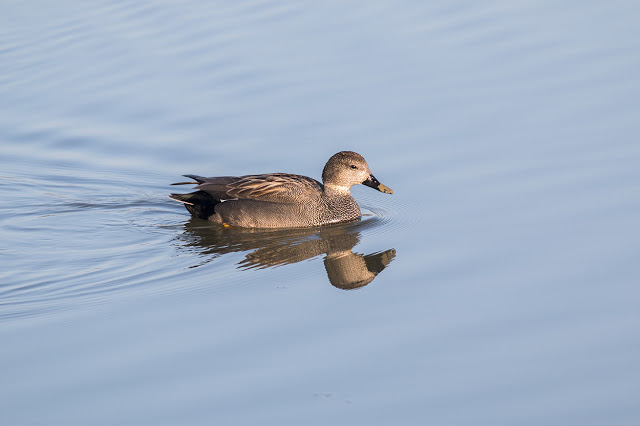