Waking to the sound of heavy rain, as it drummed on the velux window of my third floor bedroom, I worried instantly that the kids would decide it was too wet to spend the day Geocaching Cosgrove Canal, however a few moments later the sun sprang out from behind the dark clouds, the rain passed and the trepidation left me, today was going to be a fun family day out.

Starting our journey at the Old Church Yard we headed towards Geocache 1 of the day, the first cache of many hopefully. Number one on a day out always takes a while to find, you need to get your eye in on spotting small, out of place lumps of plastic, hidden carefully in a rotting trunk or behind a stone and today was no exception. However accompanied by the sound of the Sunday church bells we soon had it in the bag and were off on a long adventure.
Our path took us past the Old Lock (cache 2) and it was here that the first rain of the day hit us, with the sun still beating down the rain came with it, Autumn can be a surreal time of the year where the weather is concerned, sunshine, rain and strong winds were mixing themselves up today as we walked.

The next cache (3) we happened across had either been found and destroyed by “Muggles” or something else had happened as the contents were strewn through the bushes, we managed to fix it back up as best we could and moved on over the Iron Trunk Aqueduct and further along the canal, cache 4 being a quick find, nestled in the crook of a tree, and we were off to cache 5.

Now cache 5 involved crossing the canal, so after some precarious balancing over a working lock, we began searching for a small black pot hidden in a dark tangle, although it wasn’t as tricky to see as we thought it might be, getting it out took a little while longer. After successfully signing and returning, we were back over the canal and on to cache no. 6, this was another quick find, by the little lady, and then we were moving again, one last cache before lunch.
Cache 7 was located in one of the prettiest areas, deep within the churchyard of Cosgrove Church, a stunning old building. Located under a stone by a stone wall! Not much to go on, but we eventually found it and were done for the morning. Now was time for lunch.

We’ve eaten a couple of times at the Barley Mow in cosgrove, and the food has always been good but today Zoe and I had the roast pork and it was lovely, sweet, succulent and enough to keep you going, I also had the nice compliment of being told I wasn’t old enough to wear my Old Guys Rule T-shirt, happy days.

Part two of the day started badly with our only DNF (Did Not Find) of the day. This one is located right in the centre of Cosgrove, but with loads of looking we got nowhere. So we were back down the canal and over the lock again. This time we headed up the old Buckingham arm, a disused, and drained section. Although there is work going on to potentially re-open the stretch.

After walking quite a way along this stretch we located our first cache (8), quickly followed by number 9, and then the rain came once again, driving rain, that had we not been under the shelter of some tall trees would have soaked us to the skin. Five minutes of pouring rain and the sun was out again, today really was a Topsy Turvey day for the weather.

Away from Geocaching Cosgrove Canal

Geocaches 10 and 11 were much the same as the last couple, but number 12 was in a stunning open area near Cosgrove, it is not an area we have visited before, but it was all rolling fields and sunshine, the cache being in amongst a stand of crab apple trees, the only issues being us having to dodge cow pats, that littered the floor and falling apples.

The final cache of the day was the most eventful for me. Nearing the A5 we had to cross the area where the canal once ran, and then enter a small stand of trees on a steep slope. Now this one involved climbing a fence to retrieve the cache (a large ammo box). So I chose to go over and leave the other three in the safety of the grass. Finding the cache pretty quickly, I felt good. Except on trying to retrieve it I slipped and jarred both my arm and back, not good when you already have back issues!

Happy with our tally of 13 Geocaches found (and one missed). Roughly 13 Kilometres walked. And some nice food eaten. We started to head home, a much longer walk than we realised, as there is no bridge over the river Ouse from here until you reach Old Stratford so that is the way we headed, then home through Stony and a well deserved rest.

Did you enjoy Geocaching Cosgrove Canal? or Find it useful? Then please consider sharing with your friends via the links below. 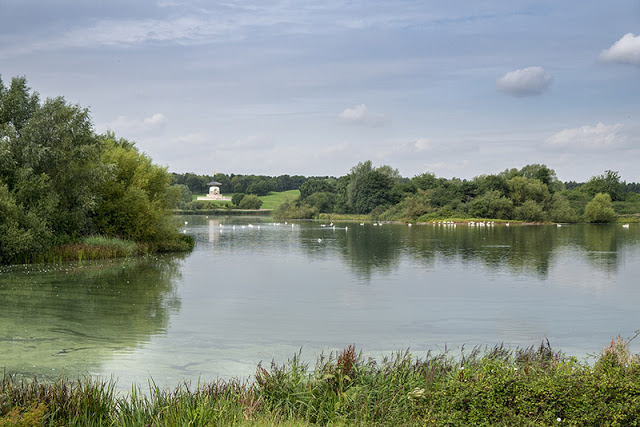 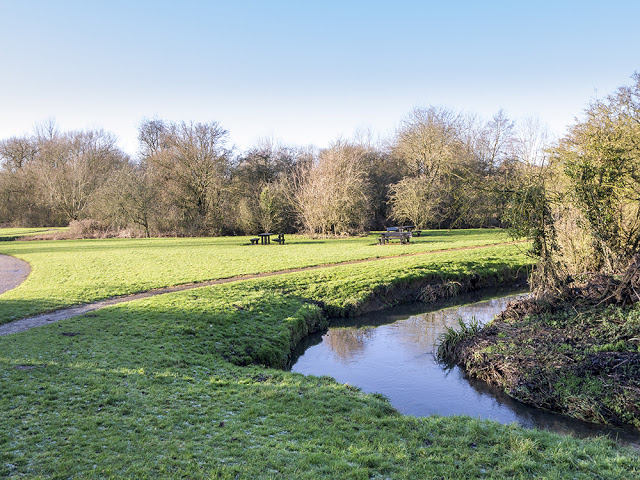 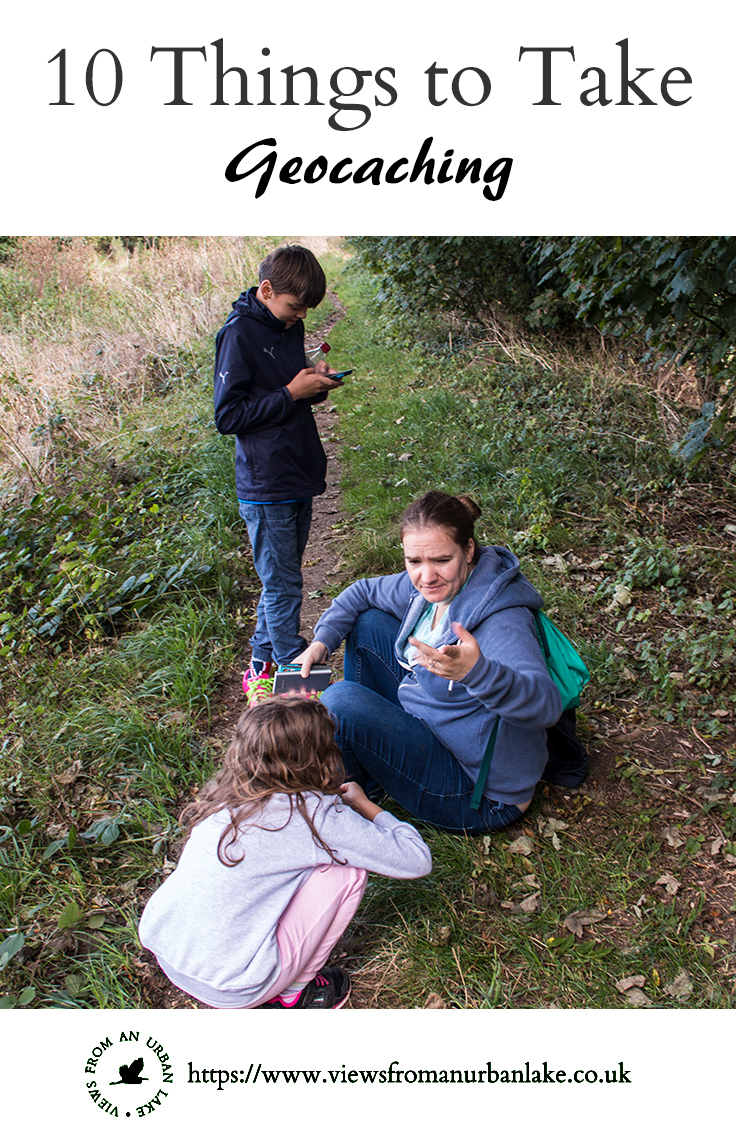 10 things you need to take when geocaching