After convincing Zoe that she should go to work early for some overtime (I’m kidding of course); she was in a good mood after the little lady got our chosen middle school (or whatever it is they are called these days); I had an unexpected morning to myself. And what better way to spend a few free hours than a walk around the patch?

I’m so glad that I did as not only did I meet a few fellow birders (one of whom informed me of an osprey that I had been flying over, I had missed it!). But I had some excellent patch birding.

I decided to walk clockwise. Wanting to take in the river as well as the lakes. And for that reason I started at the old lock, and it really paid off!

As I entered the path that leads past this relic of the Georgian age I was greeted by a pair of Chiffchaff calling and nest building with each other, I watched as they gathered long stems of grass and feathers, wheeting and calling as they worked. They even allowed me a chance of a photo or two even in the poor light.

Carrying on through this warbler rich area I counted at least 7 more Chiffchaff. As well as a few Willow Warblers. While these two birds may look alike they sure sound different. The tuneful song of the later much more pleasing to the ear in my opinion.

As I walked I began to pick out the scratchy songs of several Blackcap, singing away deep in the bushes. Even managing to spot a few, silent, females in amongst the noisier males. Wrens, Dunnocks, Robins and Thrushes (Song and Blackbird); could also be heard singing and then the unexpected happened.

As I passed the old lock itself I heard an unusual call, just at the edge of my hearing at first. Initially I assumed it was a bird in alarm somewhere. But as I walked further along it became clear that I was hearing the unmistakable song or reel of a Grasshopper Warbler! A patch tick and an awesome bird. Sadly as I was narrowing down the location of the bird (they are easier to hear than see usually) a few dog walkers passed, and the bird stopped singing. I waited around for half an hour or so but sadly there was no more sound. An early morning or late evening visit may prove it still to be about though.

Leaving the warbler rich old lock behind I headed off through the cattle creep and off down river, and with yet more Chiffchaff singing along the banks of the Ouse I spotted a pair of Great Spotted Woodpecker chasing each other across the river and up and down trees (the poor photo below shows them together).

While watching these two getting frisky they were joined in the trees by two pairs of Treecreeper, again chasing each other in the spring fashion.

Passing by the hirundine rich camp site lakes where, Swallow, House Martin and Sand Martin could all be seen catching insects above the lakes and river. I headed on towards the millennium bridge area and my second patch tick of the day. Standing looking out over the set-aside, as I watched a Reed Bunting fly over the river towards me. a Yellowhammer began singing. Now Yellowhammer is a bird that I did see occasionally when I birded the area in the early 2000’s. When the area was all fields. But it is by no means a common bird now, being seen usually only on passage.

Walking away from the bright yellow bird I heard yet another Willow Warbler singing across the river, and then a strange warble from deep in the bushes next to me stopped me from carrying on. The noise a hint of one of two very similar sounding summer visiting birds. The small warbler took quite a while to get into full song but when it did the unmistakable tones of a Sedge Warbler could be hear. And then slowly it crept out to give me a very brief view, before ducking back into the bushes to continue its summer song.

My walk carried on with no real excitement until I found myself in the main hide. From here it was very much business as usual bird wise (at least to start with); but I was joined by a couple of other birders while here including one who informed me about the osprey I had missed!). While chatting and scanning I picked up a distant Common Sandpiper as it bobbed its way along the distant shore. While watching this I also spotted a Green Sandpiper, larger and darker in appearance. And then the first bird was joined by another Common Sandpiper and the Green Sandpiper disappeared (confusing stuff!).

At least 3 Little Ringed Plover and 3 Redshank were moving around the reserve, the usual noisy Lapwing defending territory from all incomers, and with a few fly through Yellow Wagtails, the only notable birds, there was little else, apart from a nice close visit by Broken Wing the resident Greylag Goose.

On leaving the hide I was heading back toward the aqueduct when one of the other birders spotted a bird in the surrounding hedge that flew off over the fields. And began waving to me. Catching up he informed me that a male Wheatear had just flown off up the fields. I pointed out a Green woodpecker and passing Common Buzzard I headed off over the fields in hot pursuit!

After a few panicked moments looking I suddenly spotted a small white rumped bird fly off over the fields towards the drystone wall that runs from the farm buildings. Getting my bins on the bird I was surprised to see, not the male seen before, but a female Wheatear, sat on the sandy coloured stone.

I headed home now, past the Grey Wagtail at the aqueduct (my third species of wagtail of the day). Leaving, pleased with two patch ticks and three patch year ticks better off.

My current patch tally for the year is 94 species, with 124 my patch life list.

Did you enjoy Something Unexpected? Or find it useful? The please share with your friends, via the links below. 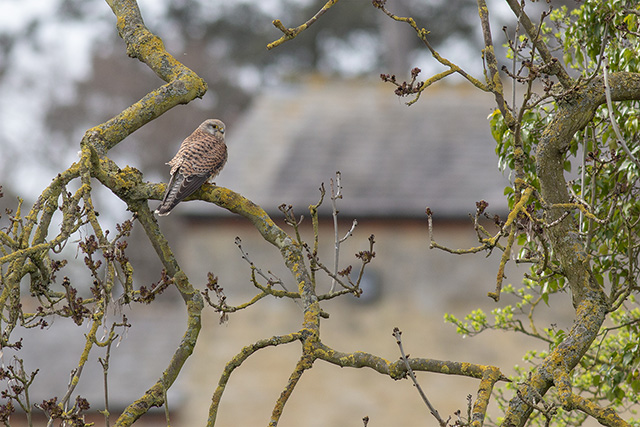 Late Spring at the Floodplain Forest 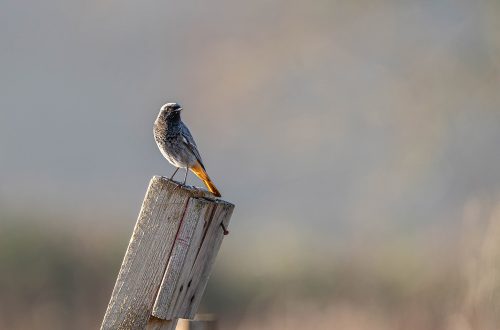 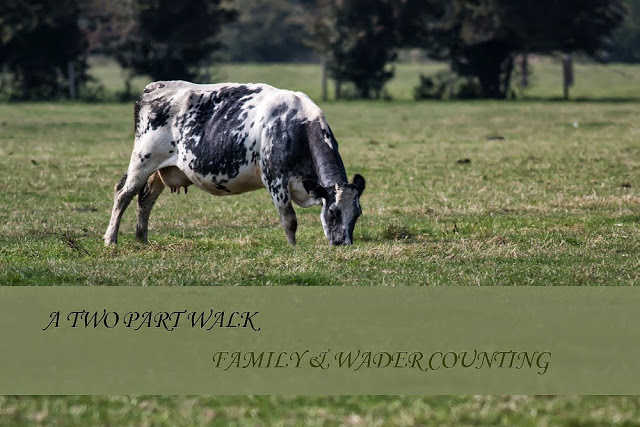