There is something about a blue sky in winter that surpasses even the azure blue of a mid summer sky, weather it is the low lying sun creating a slight golden hew to the surrounding environment thus making the blue look bluer; or maybe it is just a crisper, richer, sharper, blue at this time of year, either way a blue sky in winter is always an evocative moment for me, and today stepping out on the patch one of those endless blue expanses was my celestial roof.

A waxing, crescent moon hung low in the sky and seemed to be guiding me around the patch, taking me on a journey of discovery and, with its celestial pull, seemed to bring me some great new patch birds for the year.

Making my way through the open fields I headed towards the old lock only for a small flock of Bullfinch to distract my attention, the bright pink of the three males, out shining the low sun, as the searched for berries along the back of the old wharf buildings. The brief distraction of these most colourful finches giving a great start to the day.

As I walked on I was soon lost in the elders and blackthorn of the old lock. The bright light of the day had cast a spell on the local birds though and the area was almost devoid of avian visitors, a few Blackbirds sang from deep within the bushes, and the odd Goldfinch twittering about the teasel heads, suddenly I spotted the likely cause of the quiet a stunning Male Kestrel sat perched atop the blackthorn, before quickly disappearing off over the canal.

Moments later I stood trying to decide if the whispy wheet call I was hearing deep inside the bushes was that of a Chaffinch or Chiffchaff (I decided the former) when the bright pink flash of a Jay flew through those same bushes and vanished into the thick, thorny scrub, two patch year ticks within moments of one another is always a rush.

Looking out over the, soon to be, wild flower meadow the flash of a brown backed, female, Sparrowhawk shot through, passing with speed until she hit the area of weeds where Wednesday’s redpoll and other finches had been feasting, her occurrence cleared out the area as by the time I arrived there nothing was left feeding today.

Looking out over the camp site lakes I spotted, in amongst the usual Cormorant, Coot, Tufted duck and Pochard a slightly unusual looking duck, at first glance it appeared to be a female tufted duck, but a bright white under tail could clearly be seen, her head remained tucked up for quite a while, but something seemed off, when her head finally came out from under the wing a flash of a white blaze, just behind the bill could be seen, but also an apparent tuft. My conclusion was just a female tuftie, but something didn’t seem right, and I really don’t recall ever seeing such white under tail on a tuftie before (I’ve included a very heavily cropped, poor photo, so happy to hear your thoughts).

As I tried to make my mind up on this duck (I’m sure others will think I am mad to even question it) my second Kestrel of the day flew over, before being harassed by a passing Black-headed Gull. further on either it or a third Kestrel would put in an appearance hovering over the main manor farm lakes (it seems they are like buses round here).

Above the very same lakes a Common Buzzard flew through being harried all the way by gulls and ducks of various types. While across the river a pair (maybe too early yet) of Great Spotted Woodpecker playfully chased each other around the trunks of a couple of huge willows, and Fieldfare and Redwing flocks flew low across the short grass of the now empty camp site. As I soaked all this up, a Skylark began to sing in the heavens above me, it’s beautiful song a sound not heard since last summer, this all too brief blast of song was soon over though.

With the sun still shining down I wanted to pop and see the local Stonechat pair. Arriving by the millennium bridge area it was almost instantly that I saw the female sitting up atop the weeds. The sun back lighting her beautifully. Around her Reed Buntings whistled in the redish brown weeds, and the male briefly flew behind.

As I tried to walk past her to get a better angle, she did her very best to stay ahead, a small wader popped up from the lake shore and flew off high calling. The white rump and dark back indicative of a Green Sandpiper. The lovely Stonechat did finally pop into a position to grab a few photos though.

Looking out over the water, above the heads of the whistling Wigeon and piping Teal. And beyond the Mallard and Gadwall; plenty of Common Gull and Black-headed Gull could be found loafing on the dissipating water. While I watched the gulls coming and going from the recycling centre, a 1st winter Mediterranean Gull flew through and appeared to land on one of the posts, set out ready for a hide or bridge.

Sadly by the time I had made my way around the lakes for a better look the bird had gone again. And did not show back up. However as a bonus a lovely Long-tailed Tit spent a few minutes picking through the low bushes a few feet away from me. Allowing me plenty of time to watch and photograph.

A New Pair of Chats

As I wandered the southern side of the Manor Farm lakes I searched through the various ducks and gulls visible only from this side. At first from the eastern gate, without finding anything new. And then from the Western gate, where a pair of Pintail were still visible distantly, hugging tight against the grassy banks.

While I was searching the ducks a female Stonechat popped up on the wire fence. Closely followed by a male, this marks a second pair of Stonechat for the patch.

At the end of the day it is always nice to add new birds. From the 2nd pair of chats, to the numerous Kestrel today. In the end I added another 5 patch year ticks to my total today. My patch year list now stands at a respectable 73 for 2016 so far, not bad for a humble inland patch.

Did you enjoy Winter Moon? Or find it useful? Then please do share it with your friends using the links below. 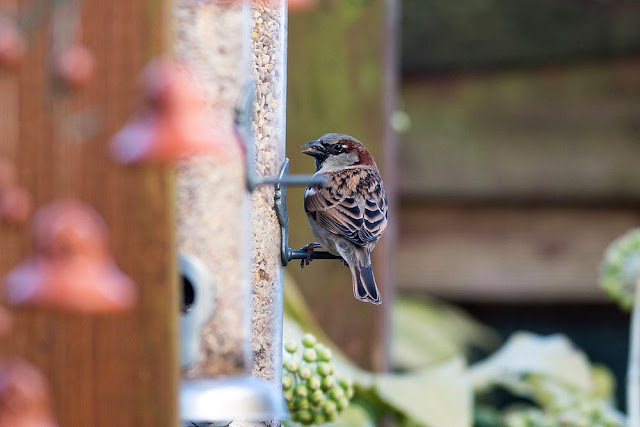 Feeding Wild Birds in Your Garden 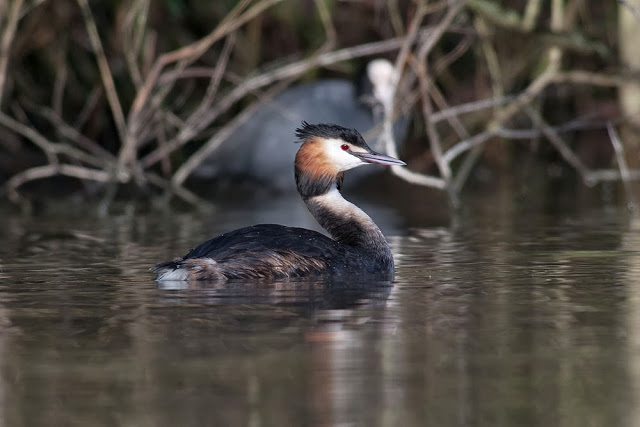 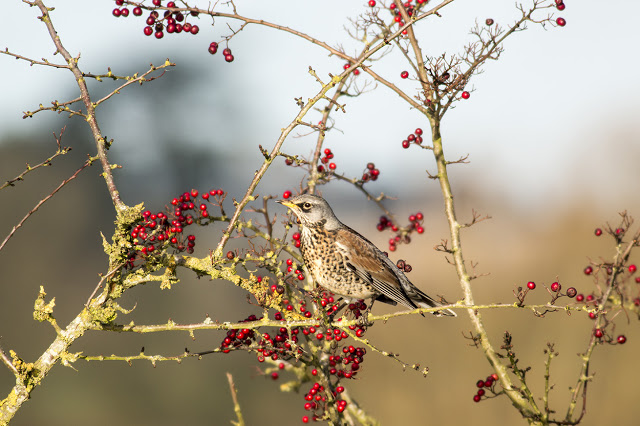