Yesterday afternoon I gazed out of my top floor window, out across the sheep fields, the normally lush green grass of the furthest field, the one just over the river, was now a sheet of pure, rippling, bronze. The Great Ouse banks had well and truly burst forth shedding gallons of water out across the pasture. Monday’s foolhardy walk would not even have been possible!

Today when I headed out onto the patch I assumed all would be the same or worse so I was preparing to photograph some floods. Instead as I entered the enclosed paddock the grass was coated in a thin layer of crisp white frost, it made for a very odd sensory experience as I walked through the short grass, each of my steps were at the same time crunching through the icy frost and squelching as I sank into the sodden muddy mess below.

A Touch of Red

Approaching the river, while the fields around me still held plenty of water, it was much less than previous days, the large, lake like, puddles had dissipated, absorbed into the ground, the field that I had watched swans swimming was now back to a lush grassy plain once more. It is amazing what one dry night will do.

I was out early and the sun was still breaking through the thin, early morning, cloud, creating that wonderful golden glow; the golden hour of summer, that lasts through the day sometimes in winter, as the sun casts her morning light across the world. The back, and wings, of a passing Little Egret appeared orange in this glorious light, and I felt relaxed as I walked along the river.

All around me Song Thrush were in full song with Blackbirds providing the harmonies; Long-tailed tits foraged amongst the high branches and Black-headed Gull searched the fields; The local Rooks called out their lonely, lamenting caws from the overhead wires while tiny Wrens were trilling away in the undergrowth. Things really are strange at the moment when a crisp January day seems like the beginning of spring.

Opposite the camp site lakes, there is currently a flooded area below the tall trees. Beyond this, and over the fence, is a large area of spindly weeds. Sorry no idea what plant they are, these are currently covered in seeds.

As I passed these today I spied a small gathering of finches, busily picking away at these seed heads. Feeding frantically amongst the golden brown plants. Spotting 5 or 6 Goldfinch, I wondered weather they would allow me a little closer, and then two smaller finches flew in, and joined them in the feeding frenzy. Closer inspection revealed them to be Common (or Lesser) Redpoll. Now as regular readers will know usually I only see Redpoll flying over so I decided I’d try and get closer to these birds.

Slowly I inched my way forward, my boots deep in the cloudy flood waters, inch by inch I approached, trying to remain hidden from view behind one of the larger trees I finally got within range of a photograph. At first distant and beautifully back lit by the sun, but eventually, after being given the run around by these flighty little finches (and nearly getting in too deep to the flood!) I got a few photos to be proud of.

The now three Redpoll and several Goldfinch were not alone though; A stunning male Bullfinch put in a brief, but colourful, appearance; several Reed Buntings and Chaffinch were also joining the seed feast; Around them in the trees, 3 Treecreeper rapidly climbed the trunks; A Great Spotted Woodpecker searched for grubs in the high branches; Long-tailed tit, Blue Tit and Great Tit flew in and out of the weedy patch; and a lovely Robin perched on a fence post to serenade me with his song.

Eventually the peace was shattered as a female Sparrowhawk stealthily flew in and alighted in the branches over looking the weeds. This sent the finches, and tits, off in a flight of panic.

The excitement over I decided I had better go and see what duck were about. As much as I wanted to stay with the weeds, in case the finches were to return. Heading East once more I carried on, stopping only to count another flock of Redpoll that flew into the trees surrounding the lakes (6 this time – I saw more Redpoll today than I have EVER on the patch before!), and photograph a rather tame robin.

Out on the water, I was able to find very little of interest in among the multitude of Wigeon and Teal. There were of course the usual Shoveler; Pochard; and Tufted Duck. But no sign of the recent pintails (although they must have been there as they were reported about an hour after I had left the site). The only interesting ducks I managed were 9 Goosander.

It’s funny my efforts always start to dwindle as I am on the homeward part of my journey. Today I was back tracking my steps just in case! But as always I was feeling less enthused the closer to home. I got just before passing under the aqueduct when again my mood was lifted by the echoing drumming of a Great Spotted Woodpecker. Yet another sign that spring is on its way. And with the red forehead another addition to A Touch of Red.

Walking up passed the old lock I paused to capture some photos of the local Goldfinch flock before finally heading off on the last stretch home.

Did you enjoy A Touch of Red? Or find it useful? Then please do share it with your friends using the links below. 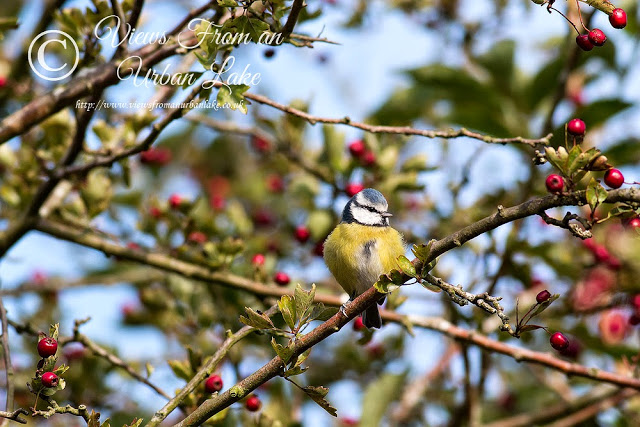 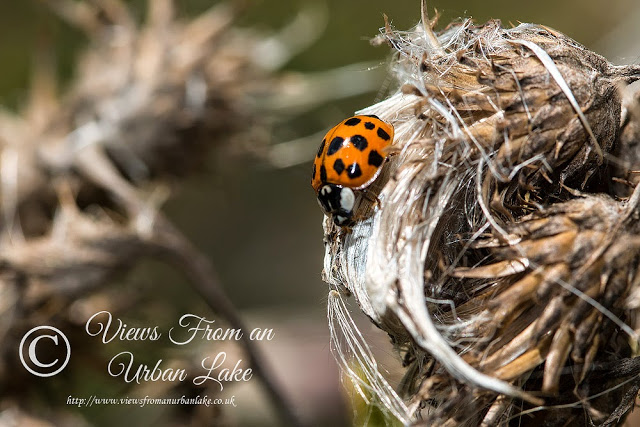 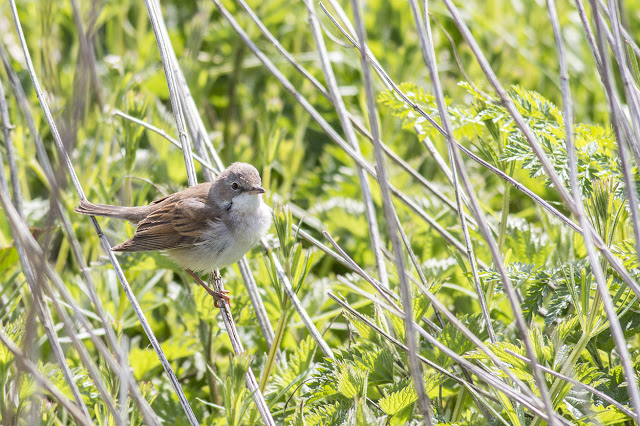