The dew lay heavy on the grass as I entered the small, enclosed, meadow; the golden winter sun hung low in the sky casting its rays out over a million sparkling droplets. A light frost, the first of winter, could be seen in the shadowy corners where the suns rays had failed to yet penetrate. In the far corner a wild Rabbit slowly hopped through the tall grass, either unaware of my presence or in tune enough to know I offered no threat as I walked through.

A Grey Squirrel perched atop an old, greying, fence post, swiftly feasting on its winter food; while Long-tailed tits foraged through the branches above searching for the last morsels of food. Overhead Redwings flew through, offing their wispy contact calls as they passed above me; and a lone Carrion Crow barked a sad lament from the upper branches of the single tree that marks the fields centre.

Winter can often be a dull, wet, and horrible time to be out in the wilds. But on cold, crisp, sunny days like today, the naturalist, such as myself, can find beauty and spectacle just the same as through the warmer months. And with birds flocking up together, when you stumble into one species there are often more about.

On to the River

As I headed down to the River, now far less engorged than on my previous visit, I was pleased to note a small party of 5 Greenfinch feeding in amongst a larger Redwing flock along the blackthorn hedge, they are by no means a common species around the patch and one I fear is sadly declining nationally, the yellow flash on their wings standing out against the duller olive green of their winter plumage, as they searched the high branches for a berry or two.

The Ouse itself was reflecting the stunning blue skies above, as it hurried its way through the patch, a number of Mallard, already pairing off ready for summer mating, could be seen navigating its swift currents, along its banks Fieldfare and further Redwing could be found flying between bushes, searching for berries while trying to avoid the passing human populace.

A solitary Black-headed gull seemed to be patrolling the stretch of river closest to the Georgian marvel of the Iron Trunk Aqueduct, flying low enough at times to offer close views of it’s winter plumage, lacking the brown hood but still supporting a mild headband of colour; beneath the flight the regular Moorhen were running the bank or ducking into the reeds as I passed.

As interesting as this all was, it was the rather annoying message from a passing couple that made me slow my walk; a fellow photographer, a little further up river, had just taken some stunning photos of a Kingfisher as it perched on the low hanging branches. The bird had flown in as she stood there. I decided there and then not to catch up. There is little more depressing than meeting someone who has a wonderful picture to show you when you know you will not be so lucky.

Passing through the low cattle creep I was greeted by a cacophony of sound as every bird within a 10 metre radius was sounding its alarm at something unseen in the bushes across the river. The loud whistle of several Dunnock was mingled with the harsh trilling of at least 4 Wren; a couple of Robin were aided by passing Blue Tit; and the odd Great Tit lent their voice to the aggressive chacking of the local Blackbird.

I stood on the opposite bank watching with great interest to see if I could locate what was causing such worry to the avian population but as hard as I looked I could see nothing to fill the birds with such dread. It became clear, as I studied the antagonised birds further, it was the presence of something within the brambles and leaf litter of the scrubby floor that was the cause of the disturbance. As the birds dropped down in often violent flurries. But whether it was a passing fox; mink; or domestic cat, I will never know. As all of a sudden the anxious calling stopped, and the feathered aggressors dispersed.

Stopping to look over the camp site lakes I was puzzled to see very little bar the usual Coot, who are just beginning to fight for their square of territory, great plumes of water being kicked up by their over sized feet, as they tussle for the best areas; and Tufted duck, diving up and down searching through the waters for a tasty treat; and it took me a few scans to finally find a pair of Gadwall tucked up tight to the far bank, the cryptically marked slate grey of the male standing out slightly more than the better camouflaged brown of the female. But there were no Pochard to be seen, something unusual for this time of year.

Following the rivers flow I continued East without really finding much or seeing anything to offer any excitement, even the scrubby area was bereft of bird life, with the exception of one Goldfinch who flew in from above my head, to offer a pretty, back-lit, view.

I reached the East end pits and began to once again scan the water, there were more birds here, but mainly gulls, as well as Black-headed, there were numerous Common Gull and a lone Lesser Black-backed Gull, swimming about on the high water.Checking through the waterfowl there were the usual suspects again, plus Wigeon, whose whistling song was being carried on the wind to where I stood, plenty of Eurasian Teal, hugging tightly to the bank, 3 or 4 male Shoveler plus their female companions, plus a new patch bird (although not one you would ever call a tick) in the form of two pure white Alesbury (type) duck, swimming in with the Mallard.

Taking a moment to rest and take in the sound of the wildlife around me (and trying to block out the sounds of the workmen) I thought carefully about which way to head from here; back west the way I had come, offering the chance for stonechat which I had missed on my outward journey, or carry on east then head back across the top of the lakes. The lure of the chats had me walking back West following my footsteps, my long shadow now trailing behind me as I walked into the bright sun.

It’s funny how my return walks are usually not so interesting as my walks out. I don’t know know if it is as I am usually walking head on into the sun, so my view isn’t as clear. Or if I am more weary and therefore concentrating less. But reading back through my old posts there usually is a difference. Today, however, was actually an exception to this rule. For once there was much more of interest still to come.

As I approached the scene of the earlier cacophony, movement across the field to my left caught my vision. A stunning white, Little Egret powerfully flapped over the carpet of weeds and grass. The wind had clearly picked up as each beat of the wing seemed an effort for the large bird. As I watched she flew into the blinding light of the sun and I was unable to keep my following the path of flight. But new she would have dropped over the canal and onto the river.

A sudden flash of electric blue directed my attention back to the Ouse. As a Common Kingfisher flew past where I was standing. The lightening fast wing beats carrying it up river and under the aqueduct in the distance.

Following the example of the birds I too crossed under the canal. And quickly walked upstream. Spotting the Little Egret again, hunting in the reeds growing along the river. As I approached she took to flight again, only a short distance, but up onto the field, where she began to quickly run away from me into the open grassland. Knowing that there was little chance of her return I carried on walking and soon was by some berry rich bushes. Where I instantly flushed a small flock of winter thrush.

Deciding to wait around for a bit I tucked myself up into the corner of a fence and hedge and stood watching the bushes. Within minutes a small bird flew up into the far side of one; and a little sneaky moving let me see the brilliant, bright orange chest of another Kingfisher. Just as I brought my camera up a jogger announced their presence with the slam of a gate and the star bird was off down stream again. Cursing under my breath I wandered on again.

I decided to sit on a nearby style and watch to see if the thrush or kingfisher would return. After 15 minutes of constant dog walker presence, including some throwing balls into the water. The area finally cleared of people and sure enough the thrush returned. One Fieldfare alighting onto the nearest bush and feeding for a while until, yet another dog walker disturbed its presence. The Kingfisher also returned, but at quite a distance. It was however nice to watch as it sat in the willow branches studying the water for a while; before finally flying up and right past me once more.

Thinking my day was done I headed out across t he cattle fields towards home.

Just as I was approaching the meadow where my journey had started a small, sharp winged bird caught my eye as it flew with speed along the tops of the trees. Catching it in my bins I was amazed to be looking at the brown markings of a female Merlin, as she flew through. Sadly my views were brief as she was soon flying over the blackthorn and away towards Stony Stratford nature reserve. And was lost to me as she vanished into the bright winter sun. A fleeting glimpse may have been all I saw, but it was enough to add a new bird species to my patch list. And a perfect way to end a really pleasant walk. And a real Winter Surprise!

Did you enjoy Winter Surprise? Or find it useful? Then please do share it with your friends using the links below. 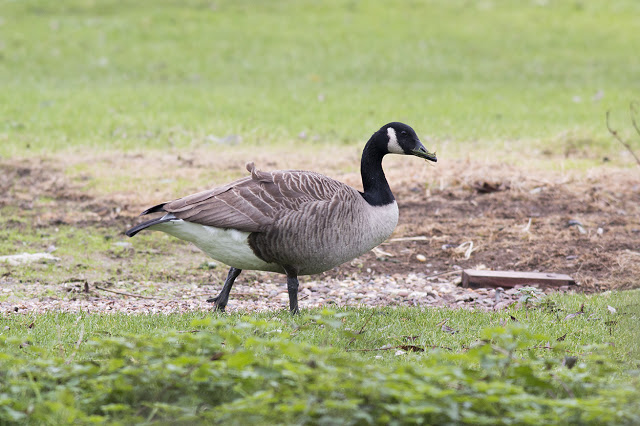 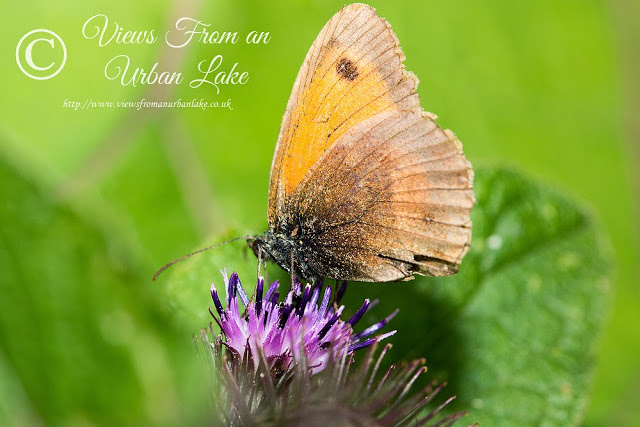 Our First Walk on the New Patch 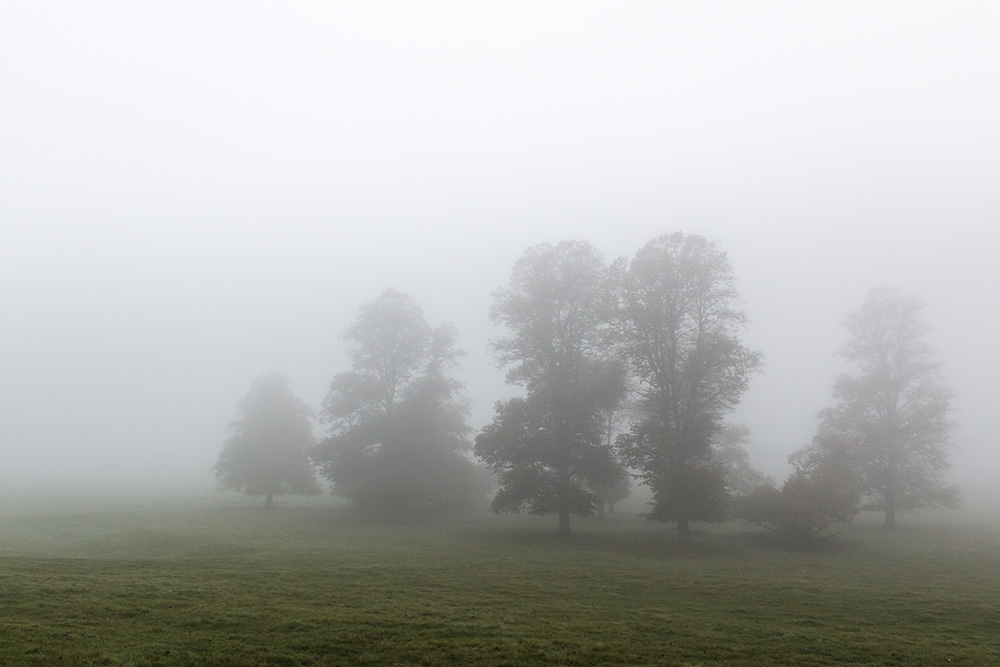