The Azure flash of blue as the male Kingfisher suddenly appeared on the, low hanging, branch, as it gently swayed in the breeze, over the muddy green waters of the river Ouse. It is special moments like this that make walking the same areas on a regular basis so worth it.

A few minutes either way and I would have missed this sight of one of Britain’s most colourful birds. After mere seconds he was off once more heading downstream, his piping call the only reminder of his visit; until he was gone, round the bend in the river, sight and sound now just special moments from the past.

If you take the time to think about things, days out walking in nature, (be they on your local patch, park, or wandering the hills of a Scottish upland) are full of special moments like this, over in a flash, almost instantly consigned to the memory banks, or with luck your memory card.

Wandering the Floodplain forest on Thursday the mix of brilliant Autumn sunshine and thick grey rain clouds compared much with the mix of wildlife on offer. The stunning Kingfisher just one of several, over in an instant, moments with the areas fauna.

Distant views of a Peregrine, sharp winged and very pale underneath, hunting either over the Eastern end of the nature reserve or the railway line, viewed only from afar. A Sparrowhawk being harassed by local Jackdaw, as it tried to sail on the light breeze over the muddy banks of the Floodplain Forest; A Common Buzzard, tumbling out of the skies as a pair of Carrion Crow took umbrage to it’s presence.

All moments witnessed on my walking, but over again all too soon.

I spent some quiet moments in each one of the hides. A little solitary time just staring out of the open windows. My enjoyment of the moment only broken by the occasional interloper (other people using public hides, how dare they). My solitude a time to ruminate, contemplate the internal struggles I often overthink; work through the darker, sad thoughts that my time spent outdoors helps to keep at bay.

The fleeting nature of the moments of the day, enhancing my melencholy for once rather than replacing it. As I sat the day slowly ebbed away from the early sunshine into a mood matching grey, so much so that by the time I was on my return walk a soft drizzle had set in. But that was a little way away yet.

By the time the clouds had gathered I found myself wandering the path beside the railway line, heading towards Castlethorpe, rather than having headed home, time on my side for once. A little off patch exploration, with a view to seeing what birds were along the edges of the winter sown fields.

As I wandered near to the large water tower, a large flock of Chaffinch flew off over the railway line, dark shadows on the almost slate grey skies. Dimmly lit Yellow Hammer perched atop the thick blackthorn hedge lining the hidden train track, the small spikes of the bush mirroring the large metal spikes of the separating fence.

Reaching Castlethorpe a different Kestrel to the earlier bird, sat atop electricity pylons, while Redwing and Fieldfare buzzed over head. Sitting on a makeshift bench I sat and stared out over the Buckinghamshire countryside and realised you could see huge chunks of the Milton Keynes sprawl before me. The Central Milton Keynes skyline visible above the lower lying housing estates.

After much more contemplation of life in all its intricacies, I started to head back. It was not long before the dark clouds decided now was the time to slowly start shedding their load, and the drizzle set in. A dark ending to a mood matching day. 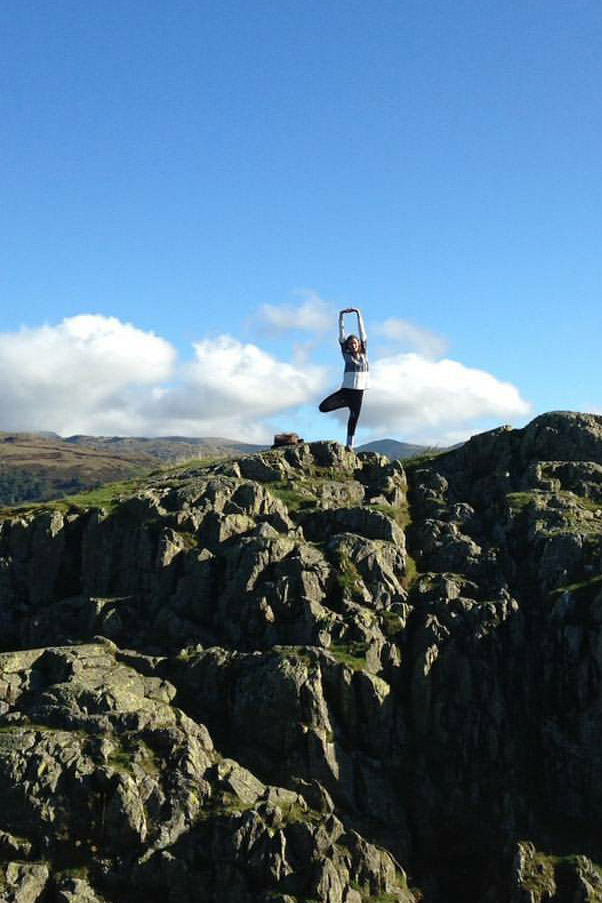 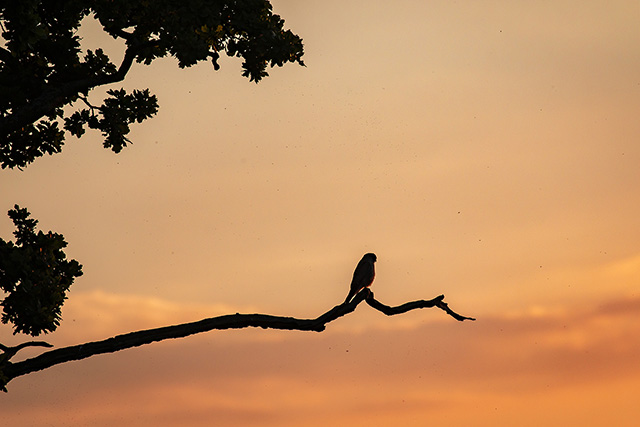 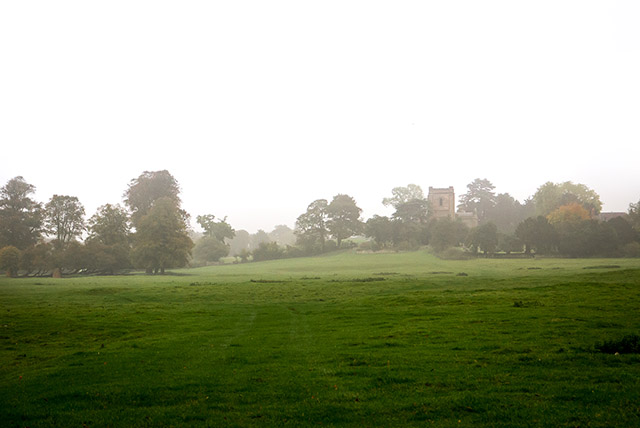