Large drops of rain speckled my coat, turning the uniform grey into a polka-dot patchwork of different shades, as I stood at the bus stop, awaiting the arrival of the no.2 bus. A bus that would deliver me to Howe Park Wood where I would start out the Milton Keynes Parks Trust 25 Mile Challenge Walk, a marathon walk taking me through the heart of Milton Keynes, visiting some of the famous landmarks and taking in large numbers of the towns many parks, woods and lakes.

Before I get into the walk more, I thought you might like a little background on this one, this walk was set up to celebrate 25 years of The Parks Trust, you can read more about it on the parks trust website – The Parks Trust Challenge Walk.

Starting out by the cafe in Howe Park wood, I set out on my epic journey with Red Kite over head and Chiffchaff singing in the trees, this would set the theme of today’s walk in many ways. Entering the semi ancient woodland, the wood anemones were in bloom, in some locations around the forest floor, in these locations a carpet of white flowers filled my eyes.

Wandering through the trees the rain had disappeared and a warm humid dampness clung to the air, the overcast skies preventing the earlier precipitation from evaporating fully, left damp paths for me to meander along, following the white arrows of the routes way markers.

There are unusual things in woods sometimes, and today I had a rather interesting experience, as I walked a Carrion Crow began cawing from the top of an ancient oak tree, nothing unusual there, but the cawing changed and slowly the sound became lighter, and more human like, eventually the bird was clearly cawing out “hiya”. I know this sounds crazy but corvids have a talent for voices (see this video) so perhaps this one has spent time in confines or around people? It was a vert surreal experience.

I soon left Howe Park and was heading off into areas I have not previously walked. This is an area I’ve not walked before, and came across a lovely old church in Tattenhoe slap bang in the middle of the housing estate this little old church appears to still be in use.

After quite a bit more walking I was soon walking through Tattenhoe park, another new area to me, currently right on the very edge of Milton Keynes, to one side was clear new growth, and building sites, to the other were endless fields stretching off into the Buckinghamshire countryside.

Much of the walk from here was through several housing estates, although rather than along pavements the walk follows the course of a small stream that feeds many of the lakes over this side of Milton Keynes, Furzton, Teardrops, Lodge lake and then on to the Bancroft Floodplain. As I followed this water course a small pond held a Wigeon, which swam very close and a Kingfisher, flew high above the trees, it’s dart like shape unmistakable.

Furzton and the Three Lakes

Arriving at Furzton lake, I found myself soon walking behind a very large party of walkers, lead by their high vis vest wearing leaders, they made their way around the lakes, walking for health, the back of their shirts informed me. A few minutes of power walking and I had passed them by, and as I left them behind me I soon realised I should have kept my pace slower, as the speed walking had left my legs with a slight ache, not great knowing I had not even walked a quarter of the challenge yet!

From Furzton I was soon heading down to the teardrop lakes, and rather than go over old ground, you can read about my three lakes walk which followed a large section of this part of the walk. But over the teardrops three Red Kites drifted and swooped, putting on a great display as I rested at the 10km point and swigged back a long draft of water.

Still keeping up a pace I had soon passed through Loughton and Lodge Lake and was heading passed Bradwell Abbey, when hunger began to set in, having assumed I’d pass a shop en route I had not topped up on food before starting my walk, and now as lunch time was approaching I was really regretting that, as I passed the concrete cows, one of Milton Keynes more famous residents! The smell wafting over the railway lines from KFC nearly had me cracking and heading off piste to find food, but a little self control and the urges passed.

It wasn’t long until I reached the canal at New Bradwell, and joined the route I took recently to head past St Peter’s Church, but before carrying on along the canal I popped into New Bradwell and grabbed some food.

Sitting beside the canal eating lunch I took the opportunity to swap my socks (a piece of advice i was recently given) which really refreshed me for my journey and it wasn’t too long before I was back striding along the canal.

I reached St Peter’s church and after taking a photo opportunity I was soon walking up along swans way where I hit the mid way point.

By now my feet were feeling the pressure, and a slight misstep on the grass had my back aching, but not one to give up easily I arrived back at the canal and walked on passed the Black Horse Pub, a place I remember as a child with a tyre swing hanging from the large tree growing in the garden, now in this day of health and safety long gone. And on to Great Linford Manor, i was now following the path I had on my Fenny to Old Wolverton Canal Walk, so knew roughly where to go as I headed along the green waters of the Grand Union.

For some inexplicable reason 5 hours 8 mins (and 22.1 km) I closed my ViewRanger app, thus killing my route tracking, I swiftly re-opened but had to start recording again, so my times were split, I guess tiredness was kicking in more than I thought!

My pace was beginning to slow massively now as I left the canal path and headed up over the hill to the Peace Pagoda and Willen Lake, stretching out before me. Time was also moving on, I had been walking for 6 hours by now, and my muscles were really feeling the strain, my feet throbbing and starting to blister (not something I am hugely susceptible to).

With Cetti’s Warbler singing loudly to my left I headed round the lake, following the way points and completely forgetting that due to building work there is a diversion in the route I should have taken! Finding my mistake only as the path I needed was closed off, I headed around the works, crossed Brickhill Street and was soon back on track.

As I plodded through Campbell Park, matching some of my recent Campbell Park to Willen Lake Circular Walk, my feet throbbing more than ever before, and a couple of blisters really beginning to get painful, my mind was drifting between enjoying the surroundings and complaining about the pain I was now in. It was at this point that I realised as much as i enjoy lone walking, on a hike like this company would have really made a difference. someone to help urge me on through the pain would have been great.

The walk was really beginning to take a strain on my body and I noticed I was slowing down on photo taking as well as walking. By the time I hit the 30km 3/4 of the way mark (on a rather nondescript point of the walk, I had thoughts of stopping running through my head.

I paused for my last bite of food beside the high climbing area at Willen Lake, resting my feet ready for the final push, the last 10km laying ahead of me and I marvelled at those who run these distances, walking was killing me running and I’m not sure I’d have made it half way!

I pushed on, now following the path of the River Ouzel, as it wound its way through Milton Keynes running between Willen Lake and Caldecotte Lake (and beyond). And as i walked once again a few drops of rain began to speckle my jacket. If I had had the energy I might have stepped up the pace but by now each step was a reminder of the 30 kilometres I had already walked.

By the time I passed the Open University the rain began to come down quite hard and I had to take shelter under one of the wide road bridges I was passing under.

Once the rain had eased up I walked on, and the sight of a large concrete dam filled me with joy I had reached the northern end of Caldecotte Lake, and had but one circuit of the lake to go, a feat I would have not struggled with in any way normally, and I would finish. The temptation to quit was passed and I found an extra ounce of energy as I walked round the large body of water, more Cetti’s Warbler sand from within the thick reed beds and a squealing Water Rail startled me, but I pushed on.

Every step was now being cursed by me, as the pain of large blisters coursed through my body, the short, easy walk, round the lake became a torturous. The effort of each step like walking through treacle as the muscles in my legs screamed to sit down, my mind thinking back to that power walk around Furzton and wondering how much that had taken out of me, would I feel so tired if I had kept a slower pace?

The final few steps more painful than any I have experienced in the past. Even spurred on by the knowledge that I was about to complete a 25 mile walk in under ten hours wasn’t enough to give me that final push. But inch by inch; small painful step, by small, painful step; I hobbled on, and soon found the finish line sat in front of me, I was done!

It took me 9 hours 40 minutes to complete this 25 mile walk, a time I’m pretty proud of! But it took its toll on my body. 3 large blisters on my right foot (and a minor one or two on my left); sore and aching legs and a painful back. But finishing the challenge filled me with a real sense of pride.

I believe I was the first person to complete the Milton Keynes Parks Trust 25 Mile Challenge Walk. I have not heard of anyone doing it earlier (certainly not non-stop. If you know otherwise please let me know.

I’ve had plenty of walks around Milton Keynes, although none this long before, links to the routes, and at least one walk by me on each one, can be found on my Milton Keynes Walks page, be sure to check it out.

Did you enjoy Parks Trust 25 Mile Challenge? Or find it useful? then please do share it with your friends using the links below. 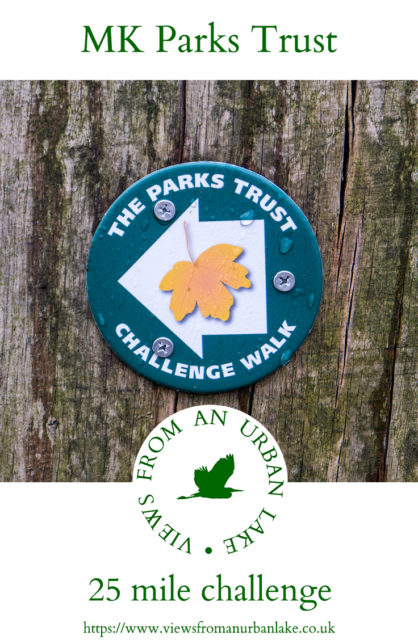 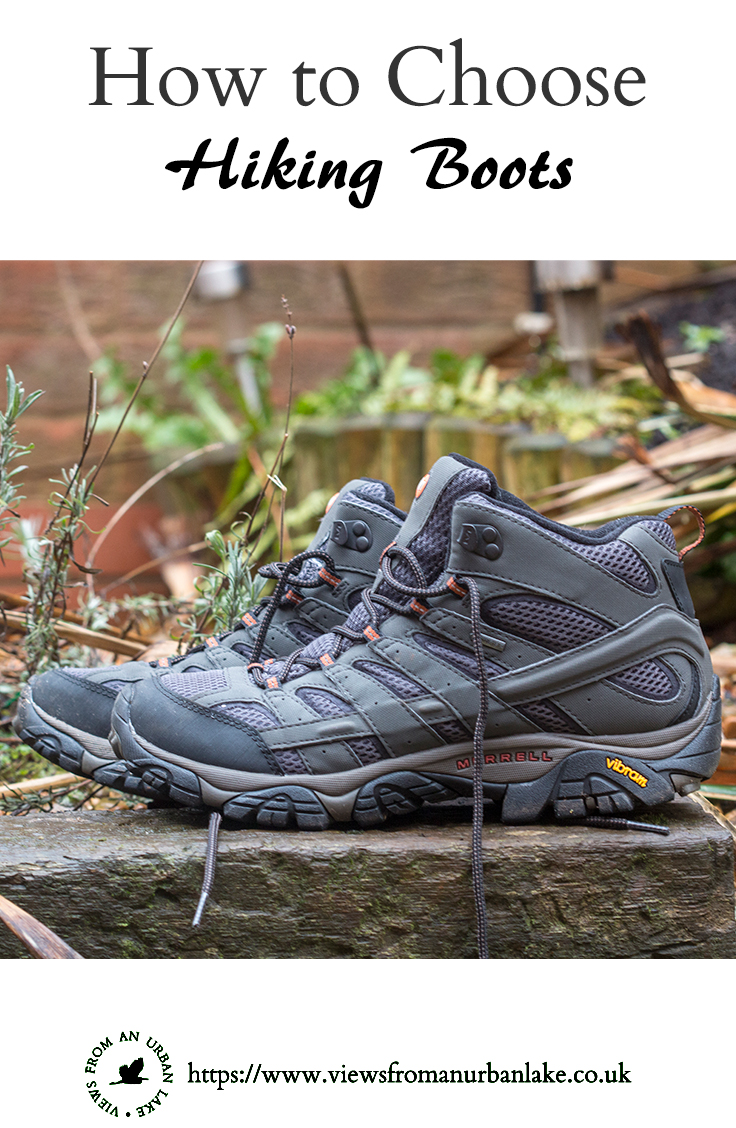 How to Choose Hiking Boots 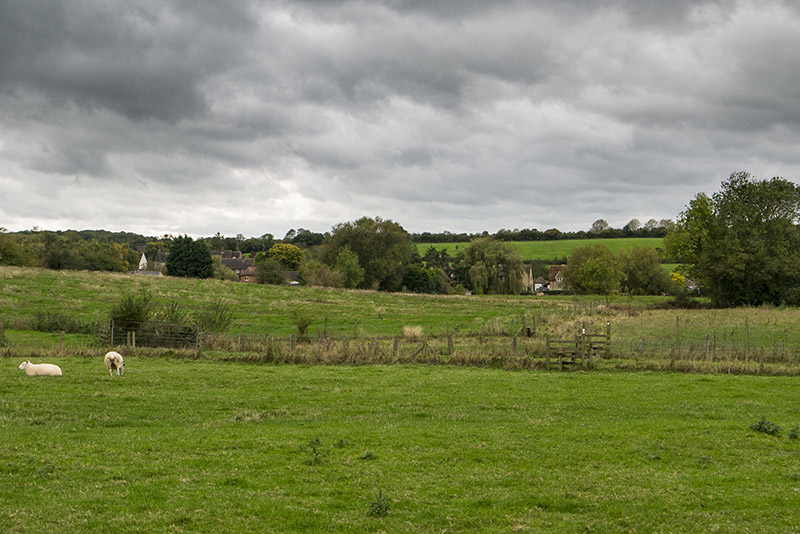 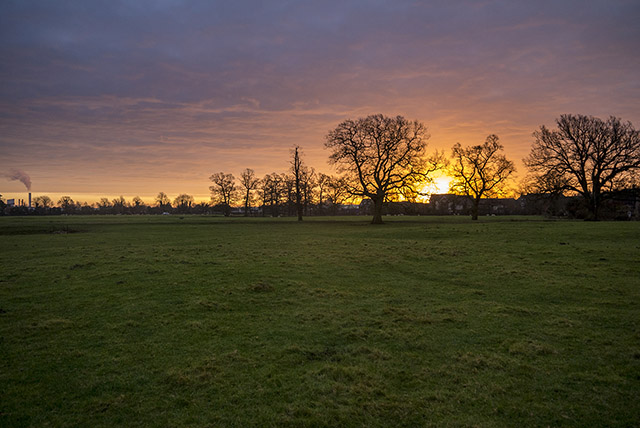