Let me start by explaining three things, firstly about this review, it will not be the most in depth technical review, I will add a few links towards the end that will help you if you are after that sort of review. Secondly these are my first impressions of the camera, I have only owned it a little while, so it is very early days (I may well revisit this review at a later date with further opinions). Thirdly this is quite a long post (some 2000 words nearly) but I hope you can stick with it.

I first became a DSLR user in 2004/5 when I purchased my trusty Canon 20D, a camera I have used as my day to day camera ever since, and until recently it has served me well.  I own a number of lenses and other equipment that works exclusively with Canon cameras only and so my choice of a new camera was always going to be limited to the Japanese giants of Canon. Which of their range I would choose came down to a number of choices, did I want full frame or cropped sensor, was an articulated screen important, and of course price.

It was with those choices in mind that I opted for the Canon 70D (the latest in the mid-range of Canon’s digital SLR cameras). As readers of this blog will know I shoot mainly wildlife and therefore the crop sensor camera was vital to me (it kind of extends the reach of my lenses, although not really if you look into it, but I’m not going to get into that now).

Price was a big factor (at the time of purchase there was a £100 cash back from Canon offered on this camera). As well as Curry’s offering a great deal with a spare canon battery and a Jobo strap. Also a 5% discount. In full this meant, when my cashback arrives, I’ll have paid a little over £700 for this camera.

A deal I’d have been a fool to miss. But what really swung it for me (over the other option I was considering the 7D) was the articulated screen (more on that later).

I can’t really sit here and compare the cameras like for like as there is some 9 years difference in ages (since canon developed the 20D), and so many things have changed that you would not believe, so instead this review will be based solely on the 70D (well as much as I can, I’m sure I’ll mention both cameras).
Right, well that is the background done with, so onto the review.

When I first took the 70D out of the box (beyond being impressed by the fact Curry’s supplied a free 2nd battery that was canon branded and usually retails around the £60 mark!), I was most pleased by the weight and feel of the camera, officially it weighs more than my old camera (see didn’t last long this not comparing lark) but it feels lighter, I don’t know how that works, and the grip is deeper for a more comfortable feel when holding it, none of this really matters I guess but first impressions count.

Next I was really impressed by the size of the articulating screen, it is near double the size of my old screen, this makes a huge difference when out taking photos you can get a much better idea of the image quality etc.

Beyond looks (I’m not that shallow really) the first thing I noticed was how different the button set up was, and it is here I will start my review. The mode dial didn’t move when I first tried, and it took me a few seconds to realise that there is a lock function to prevent accidental setting changes (you push the button down on the top to allow it to move), this is a great feature, more than once I have changed my mode without meaning to. Once I realised this I decided it was best to read the manual first (no point thinking I know what I’m doing when I don’t).
After checking the manual I was impressed to find there is a rear focus button already set on the camera (I switched from shutter button focus to rear button focus many years ago and I don’t plan on going back so this has saved me time), I had a quick fiddle and switched off the shutter button focus option so now the camera was set as I’d like ready for my first shots.

I’m not going to bore my way through this review talking about all the various options you could choose to use, there are people who are far more qualified and better at that type of thing than me. What I found on my first use was that it was all very simple to use (at this point I had only used the physical buttons not the touch screen), switching ISO, Aperture, Shutter speed was very easy (and not all that different than my last camera). I was very impressed by the different options for firing the shutter, the high speed multi shot is incredibly quick, but I love the silent shooting mode (as a wildlife photographer sometimes you want things as quiet as possible, especially when it comes to close ups of butterflies). Adjusting through the 19 point focus spots is easy enough; although with a joystick it would have been easier (you have to use the two dials on the rear of the camera on moves up and down the other left to right) but otherwise no complaints, so far everything seems pretty good, although I keep trying to press the odd button that isn’t there, but that is just habitual.

One feature I really should mention is the in-built level in the viewfinder, the camera lets you know if you are holding it straight or not, something I have often struggled with when photographing landscapes (probably one reason I’m so bad at it!). I really appreciate this feature Canon so thank you.

Playing with the settings using the touch screen is again very simple, and setting things to how I like took very little.

One thing I didn’t realise I needed was Live view, I’ve always questioned those who hold their cameras at arm’s length to take a photo, but I have found 2 huge advantages, firstly for low level shots, It has always been a struggle to get down low enough to use the camera at ground level, my back issues can cause me problems here, but flipping the screen allows me to get those really low level photos. Secondly with my insect photography I can get the camera to levels I wouldn’t be able to reach if I had to use the eyepiece, so higher up as well as deeper into the bushes!

I love the video function, I’ve enjoyed using it a few times but I really do need some work on my skills here. Functionally it is very easy to use, all managed via the touch screen, and the extra digital zoom really helps with reach sometimes. I don’t feel qualified to go much further into the video as it is something I am very new to.

I am incredibly pleased with the IQ of the Canon EOS 70D, so far all my images have been tack sharp, without much visible noise at ISO ranges from 100 up to around 800 (I’ve not been in any situations requiring higher ISO yet), there hasn’t been much digital noise as I’ve travelled through this range at all not something I’m used to being able to do, anything above ISO 400 on my 20D required having to use a lot of noise reduction in post processing. The tones appear rich and vibrant in camera (although I shoot RAW so I couldn’t really say how well the camera would convert to JPEG), and stay that way within post.

I have read in other reviews comparisons with other cameras (not something I can do) and it would appear that image quality is on a par with more high end (and expensive) cameras like the Canon 7D.

There are some fields in the Canon EOS 70D that seem great on paper but I have yet to use at all. The main one being micro adjustments for lenses. This is the ability to celebrate your camera to your own lenses. It is brilliant, but I must admit to being a little nervous using it, so have so far not done so. The built in Wi-Fi is something I plan to use (just got a new iPhone so plan on remote shooting sometime) again I can’t comment as I’ve not really used this.
I’d also like to mention HDR which this camera has as an inbuilt function, but again I’ve not used it so can’t comment yet. Hopefully when I come back to this review I’ll be able to cover these features.
One extra feature that I love is the self-cleaning censor that cleans each time you switch on or off the camera (my old sensor was very dirty, I think I’ve mentioned it before), so far I haven’t seen a single speck of dust but then the camera is still very new so we will see how this pans out.

Issues with the Canon EOS 70D

I’d like to say everything was perfect, and pretty much it is, but I am not a fan of the fact that the camera uses SD cards rather than the more sturdy Compact Flash cards (of which I have loads) of previous models (or even dual aspect ones that are available). And the buffer rate does not allow the highest speed versions of these cards (apparently 40mb/s is the maximum so not much point wasting money on speedier versions unless you want to copy from card to your PC quicker I guess). This is all I have found so far, but I may discover more.

I’ve been using the camera a while now and still love it. I’ve got over my fear of SD cards, and have no issues at all with the camera.

Excellent image quality. The ability to use high ISO’s. Video functions. Live view and the articulated screen. All add up to make for an excellent camera that is well worth the money (even without the discounts etc that I got). I’d really recommend it to anyone.
Oh and sorry for the length of this post.

As mentioned here are some more technical reviews:
http://www.techradar.com/reviews/cameras-and-camcorders/cameras/digital-slrs-hybrids/canon-eos-70d-1162746/review
http://photo.net/reviews/canon-70d-review/
https://www.youtube.com/watch?v=btaesOmA_ro
http://www.tomsguide.com/us/canon-70d-dslr,review-2182.html
For more reviews be sure to check out my Outdoors and Wildlife Product reviews page.
DISCLAIMER: These words and thoughts are my own, and have not been influenced by anyone else. I bought and paid for this camera myself and any discount was freely available to everyone else.
Like it? Share it! 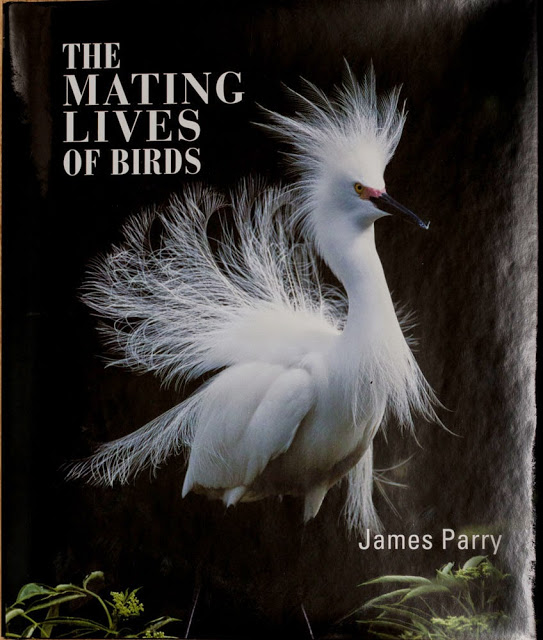 The Mating Lives of Birds by James Parry – Reviewed 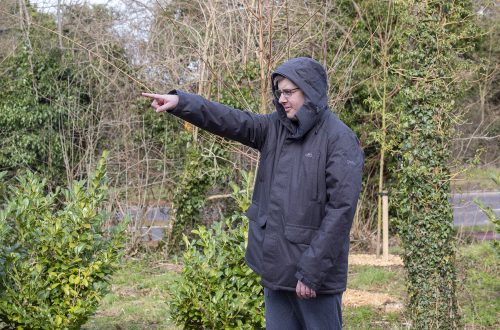 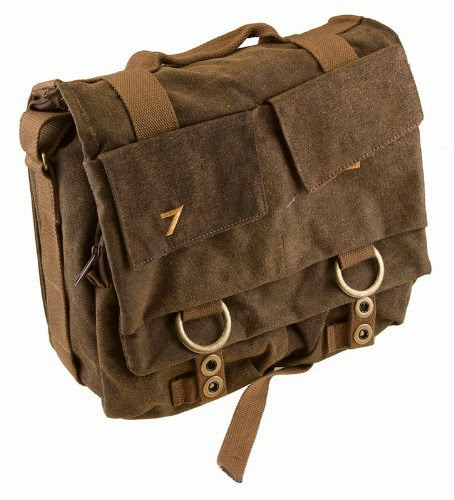