Patches of snow, clinging on from the weekends flurries, still pockmark the fields around Wolverton Mill as I began my mornings lockdown walk. Making my way past the the Holy Trinity church in Old Wolverton, it was interesting to see the last of the snow still hanging in there. The hill below the church a crisscross of sledge track marks. The odd, untouched, field, across the river valley still quite laden. I guess the overnight frosts have helped maintain it (although as I type rain has pretty much removed it all now).

Approaching along the recently damaged river path, a Kingfisher flashed past me, disappearing fast into the nature reserve, while Canada Geese squabbled along the fast flowing, flooded Ouse.

Last of the Snow and Ice

Looking over the diminishing water levels of the floodplains, loud crashes punctured the freezing air, as sheets of ice, once sat atop the dark cold waters, but now left clinging to the willow fronds, gave up their gravity defying antics and splashed down into the murky liquid below.

To Hide or not to Hide

I’m still not sure if I should be entering the hides or not, lockdown has me questioning many actions it seems (I’m sure I’m not alone here), but before I entered the farm hide I stopped to admire the Kestrel, perched atop a nearby tree, gracefully looking out over her territory, ready to pounce on the slightest of movements. Alert to my presence she darted off.

A lone Stonechat hopped up into the willow hedge, and Reed Buntings whistled away in the undergrowth.

Popping into the hide, gulls were the main species on view. Small white birds dotted the frozen waters, and frosted banks. Black-headed gull mainly, with the odd Common gull thrown in and an occasional Herring gull making up the numbers.

A small party of Common Snipe suddenly arose from the short grasses, all grunts and squeaks as they flew around in panic to some unseen, and probably non-existent threat.

Heading on, I continued the path startling Wigeon from the paths edge as I went. On the Stilt Pits the Great White Egret could again be seen (although I later discovered on my return walk, that there were actually two birds on the reserve today).

Everything was much the same, with the addition of a family party of Mute Swans, and a brief, hurriedly flying Little Grebe. But little else of note as I sat in the Viaduct hide. Suddenly the smaller birds took to the air as one of the two resident Peregrine Falcons darted through, before joining their partner to enjoy the warmth of the incinerator stack.

The last of the snow was clearly enough to keep the Fieldfares off the fields, as small flocks moved through the area at regular intervals. My return walk saw several being pushed along the ancient hedgerow just in front of me.

Upon my return to the Farm hide I was pleased to have a much longer encounter with both the Great White Egret from earlier and the overwintering female Stonechat, the latter having moved down from the old fallen oak, to the back brook.

While photographing the Stonechat a fine, mist like rain, began to fall. And with it a deep coldness began to set in (thankfully my new winter coat kept both out – review up soon). With the biting cold and drizzling wet, I decided my allotted exercise for the day was up, and headed off home.

Remaining Photos for Last of the Snow

If you enjoyed Last of the Snow – a patch walk at the Floodplains, please consider sharing with your friends and family via the buttons below. 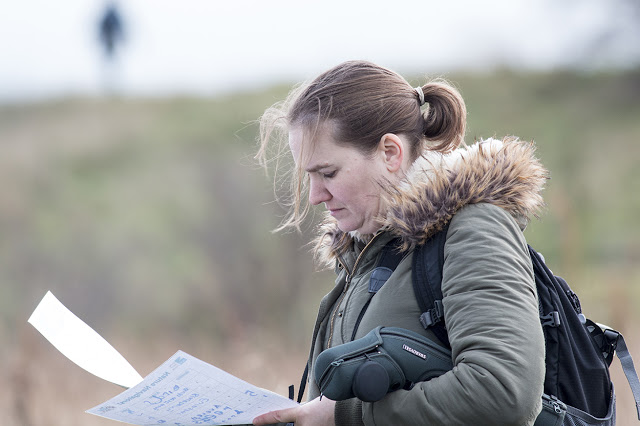 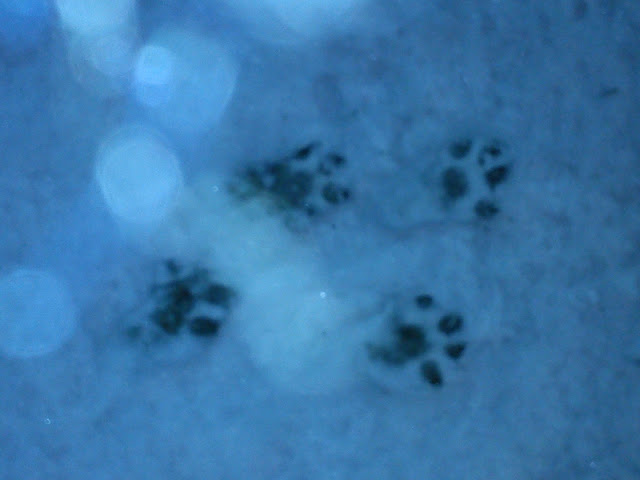 Tracks of my tears 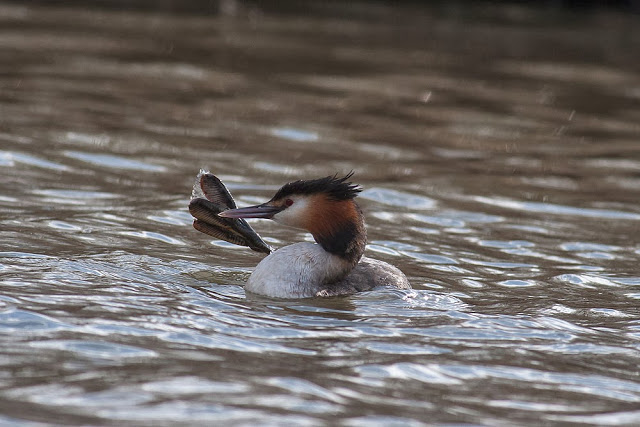