To say it was windy today would be a bit of an understatement. The clouds (and birds) were skittering across the sky at such a rate, at times, that it looked like a time lapse film was playing above me! Any birds attempting to fly over were either hanging motionless in the wind, as they tried to make their way head long into the stiff breeze, or being were being blown away at superhuman (or bird) speeds!

But hey I was out on the patch. The temperature wasn’t particularly cold, and there were still birds about to be seen. Some in some quite good numbers. So I can’t really complain. And I  should be used to it by now. Strong winds are a part of our autumn weather these days.

With the wind whipping across most of the open fields I decided to head for the sheltered area of the Old Lock. I made the assumption that this area with its high bank on the canal side and dense bushes on the other would provide a refuge for passing birds. As is so often the case with my countryside knowledge I was totally wrong. The area was quiet! A Few Chaffinches greeted me as I entered; and the usual Magpies and Wood Pigeon were moving over head. But there was nothing else calling in amongst the elderberries.

While the quiet was disappointing the best birds of the day did occur here as a small part (3) of Siskin flew over calling as they headed into the wind.

One thing that did surprise me today was finding a couple of Blue Tit and a Great tit that seemed to be totally separate from any of the normal Tit flocks that pass through the area. At this time of year you almost always see them flocked up.

While photographing the above tits I was treated to a strange warbling, thrush like song coming from deep inside the bushes. At first I was confused. And then, as a number of birds flew out, I realised I was hearing the song of a Redwing. Not a sound you hear all too often but pleasant none the less.

After passing through the cattle creep, and admiring the now fully open (the fence has been removed), field and path that will soon be a wild flower meadow (can’t wait till that is blooming in the summer and I can hunt butterflies and dragonflies). I was treated to a small battle between a couple of the local Wren as they flitted, rattled and postured for territory.

Wrens are one of my favourite birds, they are ferocious birds, especially when you consider their small stature, always willing to defend their territory from interlopers of any sort. They are also very beautiful when you look at them, at first glance they appear dull and brown but when you really look at them you can see all the intricate markings that really sets them apart (I guess most LBJ’s suffer this easy to overlook beauty).

As I emerged from the trees, that line the river, I was hit by the full force of the wind as it whipped across the open lakes. And was very nearly blown away by it’s strength. I realised at this point many birds from here on would be either passing over or on the water as it was VERY unlikely any passerines would be sitting up in this blow.

Turning to the camp site lakes I was treated to a party of 5 Common Pochard in amongst the much larger flocks of Tufted duck and Canada Goose. 2 Great Crested Grebes were also fishing the lake but little else of note. So I carried on towards the East end of the Manor Farm complex to see if the Stonechat were still about. And see what might be on the water.

By the time I reached my destination I knew even if the chats were about there was no way they would be perched. Even the local, hardy Goldfinch were keeping low in the scrub.

I could hear but not see a number of Wigeon piping away. Hidden below the bank I was on. But a number of duck were flying about. Disturbed by the diggers and site workers building more paths. It is going to be great to get in among the lakes when they are finished, I just hope dogs are not allowed. These duck included Teal, Shoveler, and Mallard.

The local Canada Geese have now been joined by Greylag Geese. I counted 22 today. And Cormorants were flying about casting their almost pre-historic shadow across the reserve. But little else was braving the lakes.

By now the wind was starting to get too much for me. And I the clouds were now fully blanketing the sky in whites and grey. So I headed off home, glad to have literally blown off the cobwebs a bit.

Did you enjoy Blown Away? Or find it useful? Then please do share it with your friends using the links below. 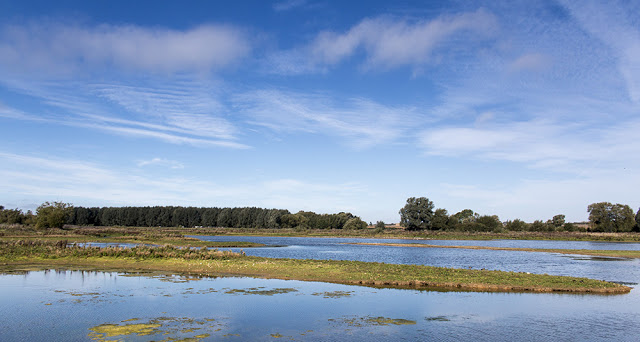 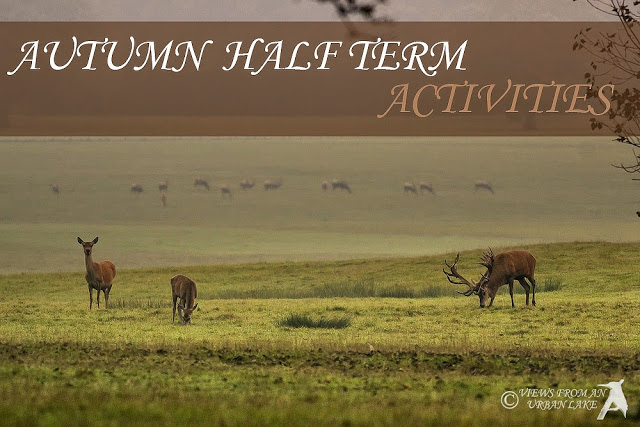 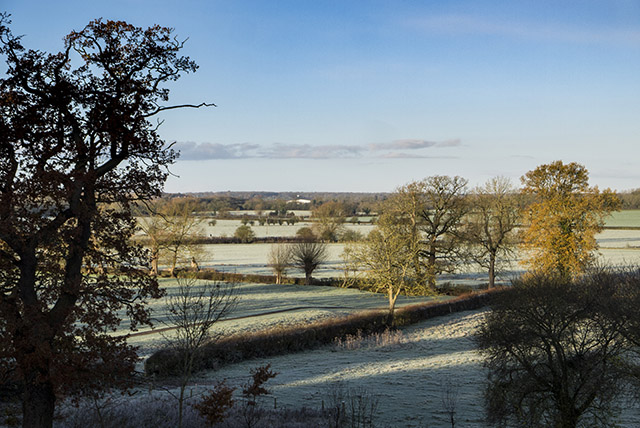