Having been back from the 2015 Birdfair for nearly a week now, I’ve fully recovered enough to write a little about it. So here is my 2015 Birdfair review.
Firstly I should let you know that my Birdfair experiences are as an exhibitor (with Birding For All – BFA) rather than as a punter/consumer. So my experiences at the event are more about the people passing through; how well we did as a team; and working the stand in general, than getting to explore all the other great stands and events, especially this year as things got very busy, although we did get to look around a little, but read on for more.

So as I said I work on the Birding For All stand over the Birdfair weekend. For those of you who don’t know who BFA are then have a read of the website linked further up; but basically we are a small charity whose aim is to raise awareness and promote better access at nature reserves for all. They used to be the Disabled Birders Association. But it is not just the disabled who benefit from better access parents with kids or people who are ageing also benefit hugely.
My weekend was made up of selling raffle tickets (£1 each with the chance to win a pair of Swaros!), promoting the charity and signing up new members and we had one of our best ever birdfairs in relation to this, we raised over £1000, signed up over 100 new members and introduced Toby and Ann as our newest volunteers
Sadly we were missing two of our regulars who decided last year would be their last (although they were replaced by a much younger model in Toby my 11 year old son and our new membership secretary Ann Davies). However on top of this on the morning of the second day we lost our other two stalwarts: Bo and Maggie Beolens, who had to head off due to illness.

I’m not going to lie and say this had no impact as it did. We went from a team of 7 down to a team of 5; two of whom were new to working the stand (although both were brilliant). But the weekend rolled on as normal and we were lucky enough to have a number of patrons (old and new) stop by and take their places for the photo calls.

We weren’t all stuck on the stand every hour of every day fortunately. In fact Toby and I managed to slip out for a Spider Safari; a quick spot of birding from the tower hide (seeing Osprey and Egyptian Geese); and Mothing Live! Toby was also taken to a few events by Zoe.
But above and beyond the talks it was all about Freebies for the little man. So many people seemed to love him (it’s the dimples) not only did it make raffle sales easy but people seemed to randomly give him stuff all weekend.
There were also a few chance solo encounters with celebs (two pics I have to pinch off Zoe when I can) and this one of Toby and Chris Packham.
All in all a fab weekend was had by all.

Did you enjoy 2015 Birdfair Review? or Find it useful? Then please consider sharing with your friends via the links below. 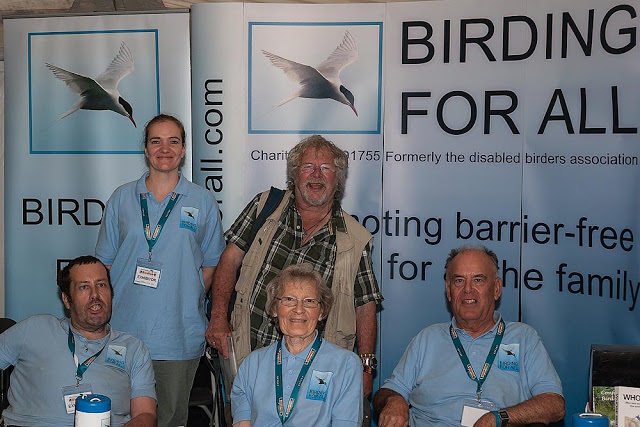 Off to the British Bird Fair 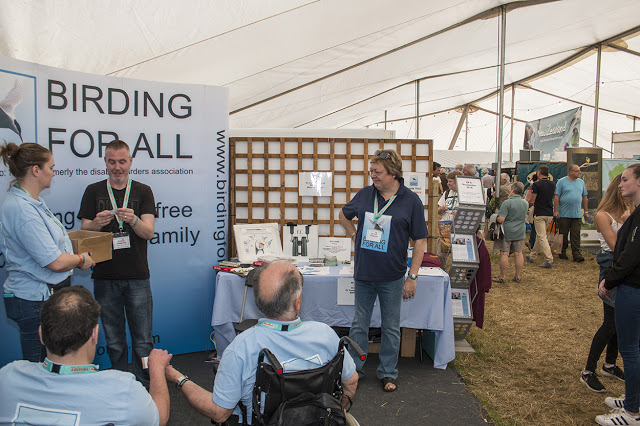 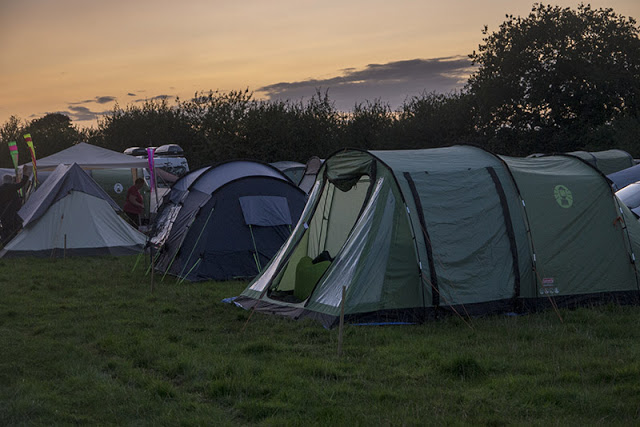