Spring is evocative in many ways but for me it is the sounds of early migrants; such as the Chiffchaff calling out its own name; the Blackcaps rasping warble; or the echoing drumming of Great-spotted Woodpecker. As well as the emergence of the multitude of British insects and micro fauna. From spectacular coloured butterflies; to subtly differing hoverfly; and so it was today I set out, macro lens in hand, to try and capture some of this hidden world on my First Proper Bug Hunt of the Year.

I actually started out by adding Blackcap to my year list, when I stumbled across a pair, silently scrabbling their way around a group of bushes, the resplendent male with his blackcap and the (in my opinion) prettier female with her rusty red cap. I heard 4 other males in the stretch between Lodge Lake and Bradwell Abbey, along with still good numbers of Chiffchaff and a drumming Great-Spotted Woodpecker (It was obviously spring!). But I soon left all thought of birds as I wandered aimlessly along the bushes edge (It actually was pretty aimless I was feeling rather trippy with lack of sleep having come off a night shift).

I was hoping for a kaleidoscope of butterfly, however I think I only managed a couple of Peacocks, and none performed for me. and so I started to get down amongst the leaf litter and rotting bark, and it is here I managed to find a world I have yet to investigate (other than to be repulsed by standing on one bare foot while checking my moth trap in the dark). Yes I was in the world of slugs. I think I may have seen at least three species today (could be more) but I have no idea what these slimy leaf munchers are, so any help would be much appreciated. EDIT: I think I have ID’d them now (see image captions)

Leaving the slugs alone for a while I studied the different looking woodlice (again I have no clue here), these orange coloured mini monsters sure look funny. I also came across this incredibly odd bright orange fungus, it looked like Nerf balls if I’m honest! Again any help here would be great.

I decided to head around to the pool where I had seen frog spawn on my previous walk, and was pleased to see much had hatched but along with the water boatman type creatures on the pond and in amongst the daffodils and odd blue plants (yeah plants are not my strong point) were some stunning Snake Head Fritillary (I assume planted by the local parish council, but still nice).

And Now the Bugs

I then began to explore the daffodils to see what other bugs they held and they did not disappoint. There were numerous tiny “money” spiders; plenty of a tiny black beetle (EDIT: A form of pollen beetle Meligethes sp I have been informed); a pscopteran; Ectopsocus petersi; 1 Green; and 1 Brown Lacewing (EDIT: Actually 2 green Lacewing they go brown in winter, I have been informed); a Hawthorn Shieldbug; and a new one for me in the form of a Common Green Shieldbug (sorry the photo isn’t the best).

And finally just by my home my first ever wasp identification a Dolichovespula sylvestris EDIT: Paravespula vulgaris (queen/female I’d imagine due to the time of the year).

If anyone can give me ID’s for anything please do. – Id like to thank the people at the Facebook group – Insects of Britain and Northern Europe – for all their help in my missing ID’s.

Did you enjoy First Proper Bug Hunt of the Year? Or find it useful? Then lease consider sharing via the links below. 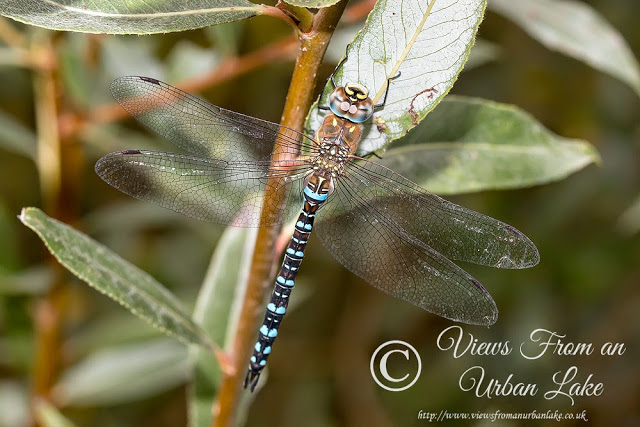 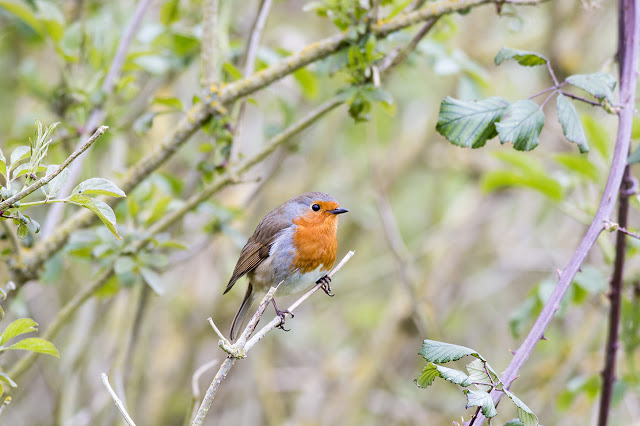 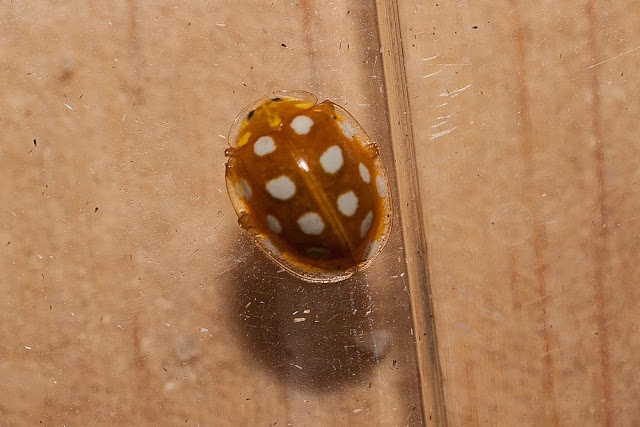